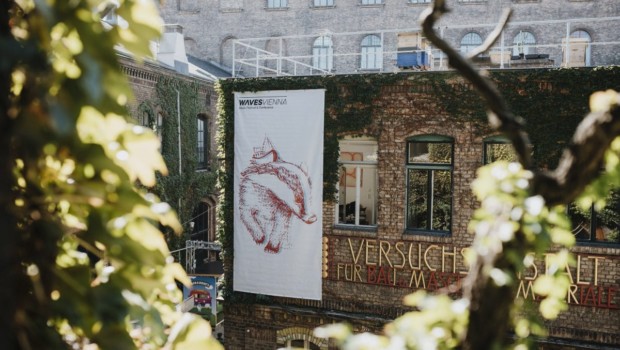 In September 2019 the Waves Vienna Music Conference, organized by Waves Vienna and Austrian Music Export, will take place for the ninth time. Hundreds of national and international music experts, organizers, label owners, bookers, and musicians will meet during the day for discussion and networking at Vienna’s WUK. Waves Vienna Music Festival & Conference 2019 takes place from September 26 -28. This year´s Focus Countries are Sweden and Hungary.

Each year we compile a conference program that is supposed to cover current topics in music industry. Among the first topics of the Waves Vienna Music Conference 2019 are: A Pop-Up Session with Laibach’s Ivan Novak, How to Deal with Content of Dubious Performers, Challenges Entering Asian Music Markets, a presentation of the results of the CEEMID – Music Professional Survey and Women in Live Music Production.

We’re excited about having Ivan Novak of Slovenian retroavantgarde band Laibach to talk about their career out of a country with hardly any national structures equipped for reaching international audiences. The conference program will also address current issues in the music industry: Do content providers, like streaming platforms or radio stations, have the moral right or even an obligation to remove the repertoire of shady people? What are the challenges entering Asian music markets? How is the situation for women in live music production? Furthermore there will be presentations of new tools and studies, as the results of the CEEMID Music Professional Survey for 2019, and a lot of networking sessions and speed meetings with international representatives of the music industry.

Sweden and Hungary as focus countries in 2019

True to the motto “East Meets West”, there will be two focus countries again, one from the east – Hungary – and one from the west – Sweden.
Since at least the worldwide success of ABBA, Sweden is seen as one of the most successful nations when it comes to pop music. We are more than happy to experience the latest and most promising acts live at Waves Vienna and to get the chance to exchange with important Swedish music professionals and discuss the formula of success of Swedish pop music.

The second focus country, Hungary, is very connected to Austria, not only geographically but also culturally and historically. A lot of representatives of the Hungarian music business have already been much respected guests at Waves Vienna. This year’s focus opens the opportunity to strengthen this relationship and get to know the music scene of our neighbors even better! Hungary offers a very lively and young music scene and a diverse festival landscape, including the renowned Volt Festival, Balaton Sound and of course the biggest Hungarian festival, Sziget.

Waves Vienna 2019 will provide a focus on artists from these countries in the live program. The Waves Vienna Music Conference will furthermore devote a part of its program to the respective music markets and scenes of these two countries.

At the end of September, the Waves Vienna festival will once again make Vienna’s ninth district a hotspot for musicians and music fans from all over the world. About 100 acts will perform in the festival headquarters, the WUK, and in surrounding locations. The showcase festival offers a wide range of genres and a stage for new international and local artists alongside established acts like Iris Gold (DK) or Shortparis (RU). More than just a festival, Waves Vienna is a music business conference and offers workshops, panels and a lot of networking sessions. For more information, tickets and news please visit www.wavesvienna.com.