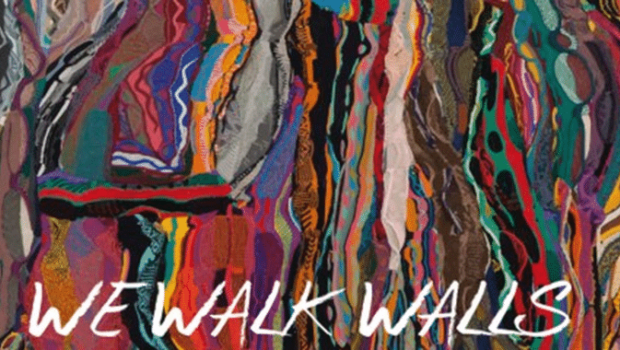 When young people come together to create music, there are several different approaches that lead to a career. Some may invest many years trying to find the right sound, others are lucky enough to quickly reach the desired level of productivity. After only nine months of working together, We Walk Walls realized they had enough material to produce an album. Decided and done. In 2013 the Viennese quartet, comprised of Silvio Haselhof, Patricia Ziegler, Maze Matik and Stefan Elsing, recorded their debut album “Ceremonies” in only ten days. Two years later the band returned to the studio and spent a bit more time pulling the recently released album “Opportunity” (Wohnzimmer Records) together.

The band’s hard work and the extra time spent totally paid off. Taking the music to the next level, the new album “Opportunity” is all the more multilayered and complex. While the debut album focused on the 1990s, the sonic time travel has catapulted the band further into the past with a new accentuation on the 1980s. Although the band emphasizes that it is not about a concept album in the traditional sense, all songs still seem to thematically fit under one umbrella.

The new album introduces an array of synthesizer sounds that transport you to another time. Even though some of the songs evoke nostalgic feelings, the tracks consistently surprise with new and unexpected elements, such as choir vocals in the chorus or a fresh twist on specific melodies. The results are a unique blend that keep you listening. Trying to predict the course of a song usually proves you wrong and only makes you fall hook, line and sinker.

“Opportunity” is an album that will not only appeal to indie fans, but also to fans of music from previous decades. The ten songs on the new album show that We Walk Walls have stayed true to their influences, whilst also putting their own spin on things. A highly recommended album to all who are looking for a blast from the past with a modern edge.