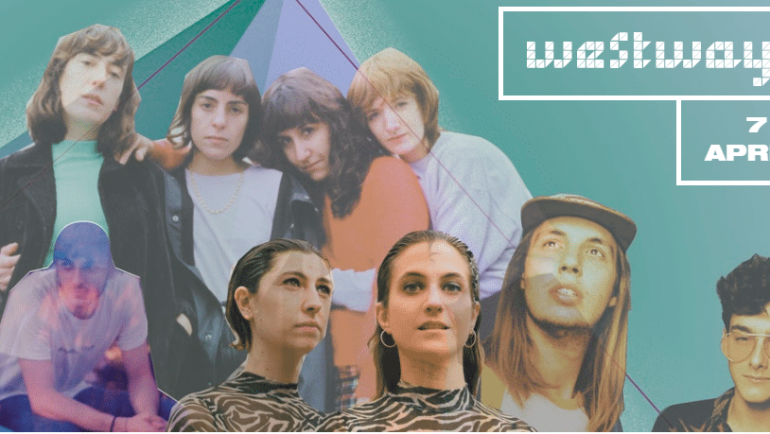 The 8th edition of Westway LAB includes 2 Austrian acts: Alicia Edelweiss and My Ugly Clementine, both performing Saturday, April 10, 2021. The showcase of European musical talents that perform live throughout venues around the city of Guimarães during the Westway LAB – the very cherished City Showcases – returns to the virtual realm one more time. A streaming program from April 7-10 will bring together musical projects from different countries and different aesthetics. This is how Westway LAB is able to put artists together with some of the most important European networks in the sector, like E.T.E.P. and I.N.E.S, of which it is an integral member.

Alicia Edelweiss is an Austro-British musician based in Vienna. She started her musical career as a street musician, when she travelled all over Europe for two years, setting off at the age of 19. In her quest for freedom, and travelling without any money, she pretty soon discovered her passion and talent for music while busking on the streets – back then, armed solely with a guitar. Besides performing solo, she was also part of the nomadic folk-punk band “Old Trees” as the accordionist for their tours in 2015, and joined the band of Austro-pop singer “Voodoo Jürgens” in 2016. In the same year, she released her home-recorded debut album “Mother, how could you – a sick tragic comedy in 10 acts”.

Alicia Edelweiss has toured solo all over the Balkans, Austria, Germany, Poland, the UK and Portugal and collaborated with many different musicians, performers and circus artists. In 2018, her performance at the renowned 4-day Popfest Wien (Vienna Pop Festival) was described as “one of the most touching, most intimate and at the same time most entertaining performances of the whole Popfest.” Her first studio album “When I’m enlightened, everything will be better” was been released in September 2019. The artist herself calls her music „Circus Freak Folk“.

This supergroup from Vienna is damn serious about one thing: having fun! My Ugly Clementine is the brainchild of Sophie Lindinger, who already won awards and made waves with her band Leyya. For her new project, the songwriter and producer gathered people around her that she always wanted to work and play with. The group now features Mira Lu Kovacs (5K HD), Kathrin Kolleritsch (Kerosin95) and Nastasja Ronck – all of them well-known figures in their respective scenes.

Their first show in May 2019 was sold out within 20 hours – whilst no one had even heard a single note of their songs. After the release of the singalong rock song „Never Be Yours“, the excitement was even higher. International shows and performances at Reeperbahn Festival and Eurosonic Noorderslag followed soon. The band’s debut album “Vitamin C” was finally released in March 2020 and the band received an Amadeus Austrian Music Award later that year. With a nomination for the MMETA 2021 as well as for IMPALA´s European Album of the Year, the future is looking bright for My Ugly Clementine!

For a full list of all of the acts playing at Westway LAB 2021, as well as program details, go to the festival website or facebook page.