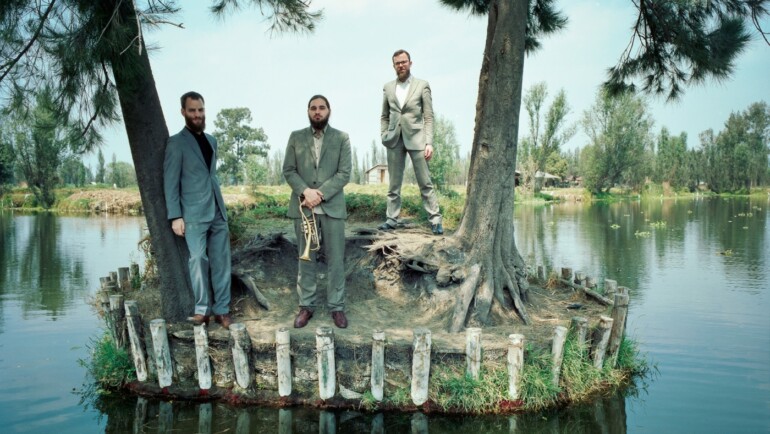 The country focus “Austria” of the 34th Südtirol Jazzfestival Alto Adige was not chosen at random: In times of demarcation between countries it is increasingly important to demonstrate the connection between cultures – including those of Austria and Italy. 33 musicians from Austria will be performing at the Südtirol Jazzfestival Alto Adige (24.06 -. 03.07.2016). In total over 100 musicians will be playing 80 concerts in 20 municipalities.

At the ten-day Südtirol Jazzfestival Alto Adige soloists and ensembles with instruments in their luggage will be climbing mountains, exploring dizzying musical heights, and performing in amazing alpine landscapes. New as well as established jazz talents from Austria will be in the spotlight at the 34th edition of this extraordinary festival.

“The chance for Austrian and Italian musicians to get to know each other is important for us, and can reinforce the connection between the two countries. With the current border situation this isn’t just important for musical networking, but also carries a socio-political significance” says the artistic director of the festival, Klaus Widmann, about the Country Focus 2016. “I have great respect for Klaus Widmann, the artistic director of the festival, and the accuracy with which he has selected the currently hottest bands of the Austrian jazz scene for its festival. Alto Adige, we look forward to you! “, adds Helge Hinteregger of Austrian Music Export.

Waiting for the roughly 20,000 visitors will be big names and talented newcomers. Those who enjoy multifacetted and artistically exciting music can look forward to the opening concert of Kinzel Binder’s “Melting Orchestra” in Fruchthof Überretsch in Frangart (24.06.). This particular formation brings the Austrian bassist Lukas Kranzelbinder and the Italian based US saxophonist Dan Kinzelman together on stage. “Fusion” (Melting) is a meaningful description for this project, as well as for the entire festival.

For the more folk-music savvy audience The Strottern will be playing live at Vigilius Mountain Resort (Vigiljoch) on 25.06, a street free wellness resort in the mountains 1,500m above sea level. Fans of Matthias Loiben can follow the native Grazer to his matinee at the charming 3fiori Bar Café Jazz Cellar in Brixen on 02/07. Fans of more recent contemporary trends in jazz won’t be disappointed either: The ensemble Mario Rom’s Interzone will be playing on 27.06. at the Renaissance Fahlburg Castle in Prissan which has been owned by the noble family Brandis for over 400 years. Mario Rom’s trio recently performed a showcase within the prestigious exhibition jazzahead! and have spent the last two years touring through Europe, Mexico, China, Israel and the USA. Kompost 3, winners of the Bremen Jazz Award 2014 and the BAWAG P.S.K. Next Generation Jazz Award will be completing two performances: on 29.06. at Hotel Four Points by Sheraton (Bozen) and ot 30.06. in Salon/e on the main square of Bruneck.

Among the newcomers, one of the musicians who probably attracts the most attention is Elias Stemeseder from Salzburg. He will participate in various ensembles at the festival and will be performing solo at brunch time on 01.07. at Parkhotel Holzner (Ritten). This 4-star hotel is located on 200 kilometers of trails extending through earth pyramids, forests and the Rittner narrow-gauge railway.

Another solo listening pleasure is the Vienna-based musician Maja Osojnik. She is especially devoted to avant-garde chamber music. Osojnik will present her latest work “Let Them Grow” in the intimate jazz atmosphere of the Batzen Sudwark in Bozen on 28.06. Fans of jazz improv can look forward to the renowned trumpeter Franz Hautzinger and his special performance. The ensemble Guerri-Hautzinger-Niggli was created especially for the festival and can be heard by festival goers on 02/07 at the Planetarium (Gummer). Bertl Mütter will be performing solo trombone on 28.6. in the baroque Mercantile building in Bozen. Another improv recommendation is Edi Nulz: The trio transforms jazzy grooves into indie rock riffs in the blink of an eye. Is that jazz or rock? This question can be answered on 30.06. in the Museum of Modern and Contemporary Art in Bozen.

NEVER EVEN BEEN THERE – PREMIERS AT THE SOUTH TYROL JAZZ FESTIVAL

Lukas Kranzelbinder will be presenting his new ensemble Cantata Vienna Poliat on 26.06. 2,200 meters above sea level, at the foot of the majestic Sassolungo in the Comici Hut (Gröden). This quintet consists of musicians from Italy, Austria and Slovenia. The furious Tammuriatas and Pizzichas from Naples meet the unique charm of Wienerlieder, the intimate folk songs from Slovenia and voluptuous Serenatas from the south.

Even the quartet Helbock-Gojo-Janke-Tamborrino are dedicated to a musical range of cultures: The ensemble is made up of Polish-Russian, Austrian and Italian musicians. Filippa Gojo from Bregenz is the star here: in 2015 her Filippa Gojo Quartet was honored with both the Band and the Soloist Prize of the New German Jazz Award. For the jazz festival in South Tyrol the singer has brought together two drummers and a pianist – that concert experience will be held on 29.06. in the prison square in Brixen. David Helbock is also performing with his trio RANDOM / CONTROL. In addition to the creation of new formations a few old ones have been brought back to life: for the Jazzfestival Alto Adige the producer and festival organizer Alfred Vogel will revive his old trio Blechbaragge. In keeping with the country focus three musicians from Austria and Italy were brought together: Dan Kinzelman, Elias Stemeseder and Francesco Diodati will perform together for the first time in this constellation on 30.06. in Passage des Museion in Bozen.

ABOUT THE JAZZ FESTIVAL ALTO ADIGE

The Südtirol Jazzfestival Alto Adige was founded in 1982 in Bozen. Over the past 34 years, this concert series grew into an international jazz festival, which takes place not only in Bozen itself, but throughout South Tyrol and regularly attracts around 20,000 visitors.

Links: www.suedtiroljazzfestival.com
Produced with the support of
the Austrian Cultural Forum Rome

and the Austrian Cultural Forum Milan.