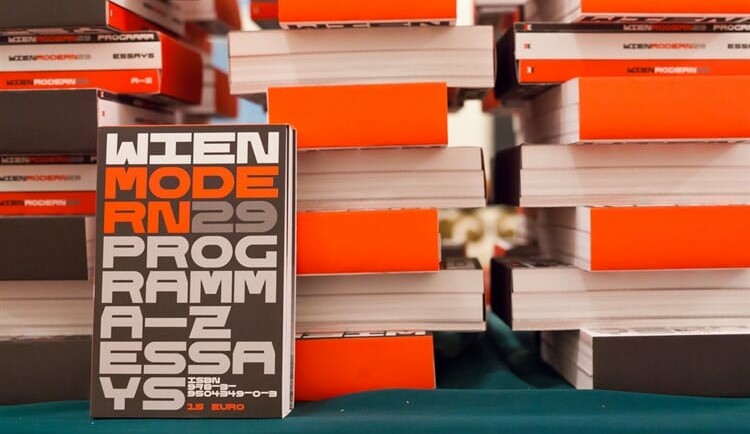 One month of WIEN MODERN came to an end on 30.11.2016 with a closing concert by the Vienna Symphony Orchestra. Heinz Rögl takes a look back at the massive Austrian festival which placed particular importance this year not just on contemporary music and emerging styles, but also on musical heritage.

The 29th edition of Wien Modern was a festival celebrating the current state of the contemporary music scene by taking a look back at the Austrian traditions in its history. A festival under the motto, “just where the hell are we, anyway”. And that was a question asked one final time when the Vienna Symphony Orchestra played Maurice Ravel’s Poème chorégraphique „La Valse“. A work begun in 1906 but due to the first world war not actually completed until 1920. A sonic bath of waltzing rhythms whose apotheosis also represented the death spiral of the destruction of old Europe. The concert was introduced with Charles Ives’ „Unanswered Question“.

Karl Schiske tried to answer the “open question” of music in 1952 with his dodecaphonically structured 5th symphony in “B” by referencing Bach, Beethoven, Brahms and Bruckner. In a literal sense the “contemporary” music could be found in the centre of the program. First with the commissioned works from James Clarke („Untitled Nr. 8“) performed by Nicholas Hodges on a piano tuned partial in quarter-tones, and then Olga Neuwirth’s new concert for percussion and orchestra, „Trurliade – Zone Zero“. As in the premier, Viktor Hanna stepped in as soloist to replace Martin Grubinger who was unable to perform due to health reasons.

Neuwirth’s sprawling episodic work, a „Relief méta-sonore“, took its starting point from a one minute sketch by the comedian Jerry Lewis in which he turned the the clacks and bells of a typewriter into a “Symphony” of sound and movement.

The composer, too, explored her “fascination with (music) machines, with automation” in her works. In her „Trurliade“ (the name of the piece references “Trurls Machine” from a story by Stanislaw Lem) the soloist leaves the “Isolation of a no mans land, his “zone zero” to begin an expedition in which he makes strange, corrosive, uncanny experiences in the collision of the individual against a “Masses/Power” apparatus. He struggles against the obstructions and repetitions of the apparatus until the brink of despair. As in Lem’s story, the stubborn machine doesn’t relent. It continues its destruction. But the soloist rebels against the (musical) authority of the power structure through a variety of escape attempts” (Olga Neuwirth).

Looking back at Wien Modern

Let us take a look back at the events and concerts of the final festival week. On Tuesday the 22.11. the ensemble PHACE performed three new works at the Konzerthaus from the Swiss composers Michael Jarrell and Patrick Franck, as well as a violin concert from the Vorarlberger Wolfram Schurig. Reinhard Kager reported on this in Zeit-Ton on Ö1: “Assonance” is the title of a cycle from Michael Jarrell that has grown into a collection of pieces for various chamber music constellations. „Verästelungen (Assonance 1c)“ was performed at the beginning of the concert. It is a ten minute piece commissioned by PHACE in which the idea of Proliferation from Pierre Boulez reemerges. In some parts the music material is compressed, and then sometimes it explodes into controlled proliferation. It was a concise work that draws on the french tradition.”

Concert of the Vienna Philharmonic

The concert of the Vienna Philharmonic was a performance of „Halleluja. Oratorium Balbulum“ from Peter Eötvös who also directed. The oratorio text from Péter Esterházy (who passed away on 14.7. 2016) navigates between humour and depth as it reflects on events like Sarajevo 1914 or the twin towers attack of 9/11, becomes almost prophetic for the year 2010 when the narrator makes a comment that could have been from the summer of 2015 “We need borders. We build fences everywhere, we fence in the fences”. The mezzo-soprano Iris Vermillion even calls into the audience “Are there no speech therapists in this important hall? The prophets stutter, the angels smile, a fine state of affairs…”

A group of singers who “definitely don’t want to just sing hallelujah”, the choir from the Hungarian Public Broadcasting company, still performed “Hallelujah quotes from Schumann, Händel, Mozart (women) and Bruckner (men) simultaneously with some from Bartók (‚if he had written one’) and Mussorgsky”. The music of Eötvös is skilfully eclectic, stylistically diverse, and thoroughly intoxicating. It goes from Monteverdi to the Beatles. The grace of the choir from Budapest was also on display in their convincing performance of the a-cappella work „Friede auf Erden“ from Arnold Schönberg.

on the 25th of November in the Painting Gallery of the Academy of Fine Arts, invisible artists (which seemed to annoy the audience) performed „Excuse my dust 3 – Das Wiener Weltgericht“. The work commissioned by the gallery and the Verein .akut was a collection of choir and solo pieces from Josquin Desprez, Mark Andre, Salvatore Sciarrino, Rebecca Saunders, Gérard Pesson and Klaus Lang. Later in the evening Elisabeth Flunger (drums), Hannes Löschel (piano) and Wolfgang Vincenz Wizlsperger (spoken word)) performed poems from Gerhard Rühm to a an enthusiastic audience in the „Late Night 5“ in 7*stern Kulturzentrum Cafè.

It was Klangforum Wien at it’s best, not just the soloists, but also the two 10 person ensembles. They performed Zender’s “4 Enso” from two separate rooms, with one playing the pice from back to front, whereby the two ensembles met momentarily in the middle.

Heinz Rögl (adapted from the German by Dave Dempsey)