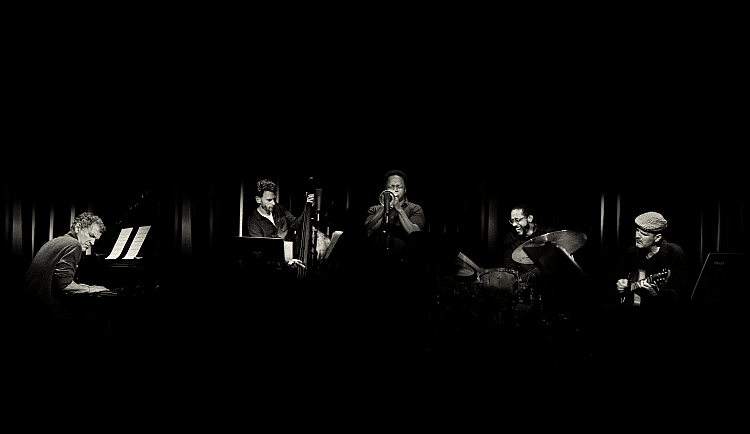 Looking back on the musical productions and the international acclaim they have garnered for him, it is clear that Wolfgang Muthspiel is one of the great figureheads of the Austrian jazz scene. The Styrian guitarist has proven himself to be a versatile and complex musician. One who continusously manages to redefine his playing, and through that his sound. Wolfgang Muthspiel is one of those artists who avoids stylistic restraints. He is a jazz musician who finds his salvation in openness and stylistic freedom, rather than the cultivation of tradition. And still, although his exceptional abillities are well known, “Rising Grace” is a great and deeply touching release that goes beyond expectations.

FASCINATING JAZZ OF THE PLAYFUL AND MELLOW VARIETY

“Rising Grace” presents itself as a masterpiece of elegant contemporary jazz. The 10 numbers performed by the guitarist and his congenial band members Ambrose Akinmusire (trumpet), Brad Mehldau (piano), Larry Grenadier (contrabass) und Brian Blade (drums) whisk the listeners away to fascinating musical worlds. Worlds that are pulsating with nuances. But it’s the unbeliveably lyrical and playful manner with which the catchy melodies, delicate rythms and gentle sounds of the instruments are woven together that makes this album so extraordinary.

This album grooves. It swings. The soufulness creates such an atmospheric tension that the listener can choose to dreamily fall into the music or intently listen along. Wolfgang Muthspiel and his co-musicians have managed something that seems impossible. They make the apparently difficult actually light and accessible. They do that through the over-all sound and the multifaceted images and emotions it can create. “Rising Grace” is a true experience. It is an album that invites the listener to dive into it by presenting jazz in its most noble and yet exciting form.