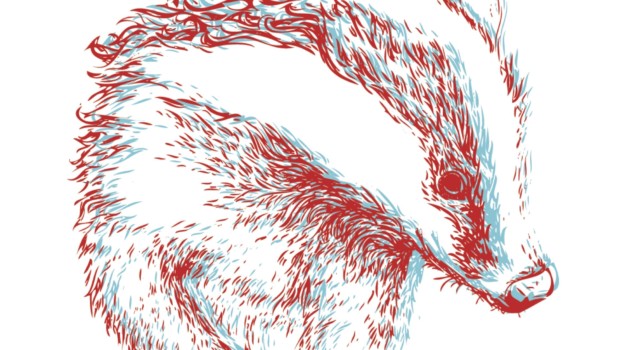 2017 will be the 7th round of the annual Waves Vienna Music Festival and Conference. From the 28th -30th of September, this multicultural initiative will be transforming established venues and exclusive off-locations around the headquarters in WUK into a concert and performance roundabout. And now it has an added an attraction. For the first time this year the Music export award XA will be given out.

The award is a cooperation between mica – music austria, Austrian Music Export, Austro Mechana/SKE Fonds, Radio FM4 and Waves Vienna. Ten acts from the long list of Austrian artists performing at the Waves Festival were selected by a jury of experts to be nominees. Six international and four national promoters, bookers and music journalists will judge their performance during the festival and the winner will receive 2.500 Euro as well as the promise of support from Austrian Music Export, FM4 and Waves Vienna for the following year, including integration at partner-festivals and showcases.

Festival director Thomas Heher says the award “should provide assistance in the internationalisation of the band”. 10 of the 32 Austrian acts performing at the festival were selected by a jury to be nominees: the Upper Austrian Naked Cameo, the Viennese trio Gospel Dating Service, the dream pop musicians Little Big Sea, the indiepop-rockers At Pavillon, the duo Ant Antic, the producer and musician Wandl, the organ heavy post-punks Tents, the didgeridoo and jaw harp infused Cari Cari, the electro band Lea Santee and the indie pop electro rockers Nihils.

The winner will be announced at midnight after the final show on Saturday.

Naked Cameo from Upper Austria are turning something on its ear. On their single “Luddite” the band wanders between electronic, pop and R&B, captivating organic beats and extensive synths, wrapped in simple melodies and falsetto-vocals.

The musical fireworks Gospel Dating Service ignited with their debut album, „Champagne“, are nothing short of a massive funk-pop-indie extravaganza. It is clear that Gospel Dating Service have everything needed to succeed: Strong and diversified songwriting, a sense for hits while avoiding shallow melodies, instrumental skills that go well beyond the norm, and a sound that impresses with a high degree of individuality. And with Christoph Ertl on the mic they have an immensely multifaceted voice that consistently manages to raise goosebumps.

Marlene Weber (vocals), Gunther Müller (synths, keys) and Lukas Kunze (beats) met by accident. Gunther heard Marlene sing and asked her if she would like to work together. It might not be the most spectacular story, but the sound they make together is. Now as Little Big Sea the three of them make first class dream pop.

At Pavillon move beyond the typical rock sounds and have found their style somewhere amid the disco lights, taking inspiration from film-classics of the 70’s and 80’s. Packed with funky arrangements straight from the dance-floor of Saturday Night Fever, these upbeat songs aren’t just about going out and having fun. They also carry deeper messages about individual freedom, tolerance and cooperation.

Berlin based producer Tobias Koett and multi instrumentalist Marco Kleebauer, who is also involved in Leyya in Vienna, are Ant Antic. They released their debut album Wealth in June 2017 via Seayou Records. It wraps melancholy mood in urgent songs full of hope and cruises among ambient, electronic and contemporary R&B sounds, that take along some simple distorted licks, hip-hop beats and an impulsive bass line.

22-year-old Vienna-resident Wandl developed into one of the most progressive and interesting european producers in recent years. His longplay-debut „It’s All Good Tho“ brings his take on melodic vocals and experimental, bass driven instrumentals to the fore. His EPs “Milk”, “Soon” and his Affine-debut „Far Way Home“ stretch out his personal vision of brainfeeder-nerdism and state of the art bedroom-soul. On “It’s All Good Tho” he plays almost all the instruments, channels his vocals through machines, alienates and exposes them – and he’s not shy of monumental hooks.

Clemens Posch, Lucas Kulterer and Paul Stöttinger – the three people inside of the Tents  – might take their cues from Lo-Fi-Post-Punk, but they aren’t afraid to get up close and cuddly with a little bit of indie pop. The result is something all their own.

Not many bands manage to hit the international stage from the very beginning. But Cari Cari – aptly named the “lovechild of The XX and The Kills“ – have done it their way: first taking on the world and then Austria. Their single “White Line Fever” was licensed for the series “Shameless”, they have done a no-budget tour of Australia (a documentary is in the works) and their songs have been praised in blogs and online magazines. What more could a band want?

Lea Stöger and Manuel Hosp are the electro-pop/R&B duo Lea Santee. They’ve been writing and producing songs together since 2013 and their first EP “Set This Fire” will be released later this year. The song “Hopeless” is already available via SoundCloud and was played 30,000 times in just a few days. Songwriter and singer Lea Stöger and producer Manuel Hosp are building the duo Lea Santee – electro pop with R&B influences. In 2013 they both found each other and started creating songs together. In June 2017 their new EP „Venice“ was released.

Originally from the mountainous region of the Tyrolean Alps, the music of NIHILS could easily be accredited to a band springing from England or the USA. In the summer of 2011 their single “Set my Sail” (SONY Music) captured nationwide attention and climbed to #14 on the national charts. For a couple of years they performed extensively at gigs in Austria and Germany, at several music festivals including the Donauinselfest, Alternative Escape in Brighton, UK, as well as supporting the likes of Thirty Seconds To Mars, Nena and Friska Viljor. Their live performances are always highly energetic, interactive and draw repeat audiences.