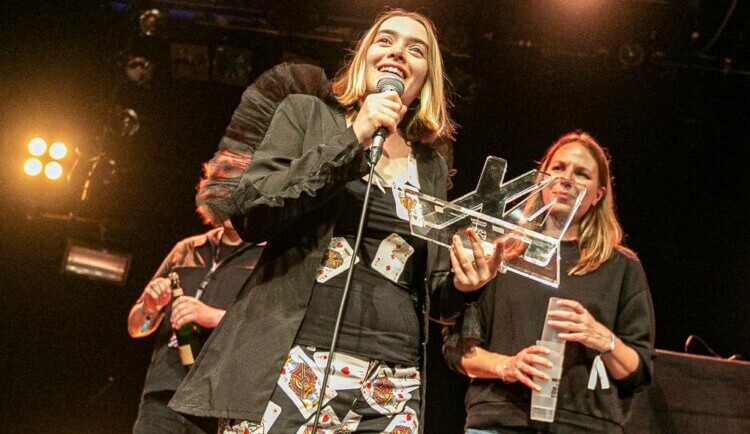 For the fifth time, the XA MUSIC EXPORT AWARD was presented as part of WAVES VIENNA 2021. The aim of the award is to support Austrian musicians at an early stage of their career. We are honoured to announce that Florence Arman won this year’s award!

Florence Arman is an established singer/songwriter who has recently launched her career as a solo artist. She is no stranger to the international pop scene, having worked with artists such as The Kooks and Rhys Lewis. Florence Arman is now dedicating herself to her own intimate, yet witty and light-hearted artist project. She writes all of her songs on her own and works with a close team of producers to finish them.

The British/Irish/Austrian artist was one of six nominees, alongside Cloud Cloud, Downers & Milk, Earl Mobley, Lisa Pac and Takeshi’s Cashew. In the end, she managed to convince the jury with her fantastic performance on Friday at the main stage of the festival, WUK Halle.

The jury consists of eight international and national jurors from a pool of promoters, bookers and music journalists, who evaluate the concerts of the nominees. The act with the highest score wins the XA along with prize money of 3,500 Euros and a promise of support from Austrian Music Export, FM4, Federal Ministry of Arts, Culture, Public Service and Sports and Waves Festival for the following year, including integration at partner festivals and showcases.