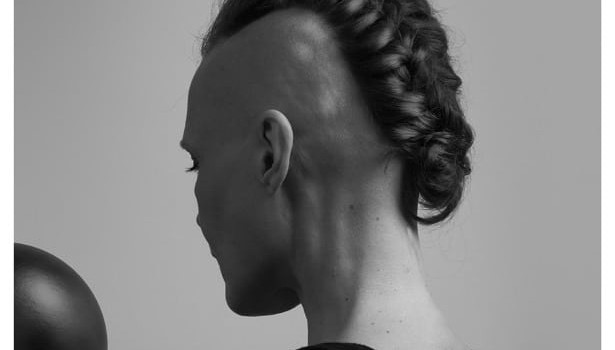 Christina Nemec met Electric Indigo aka Susanne Kirchmayr and summed up the work of the  international network FEMALE:PRESSURE. A look back at 21 years FEMALE:PRESSURE

The opening event of the RRRIOT Festival in Vienna on March 1 seemed to be the perfect occasion to celebrate 21 years of FEMALE: PRESSURE. “There are not enough women to book” was on the flyer. 21 YRS FEMALE:PRESSURE x BLISS x RRRRIOT – and there couldn’t be a more fitting bracket. The next generation of queer feminists is at the gate and female:pressure still has an important influence on and for the protagonists of the electronic music scene.

“We didn’t know who to book”? How often did Electric Indigo aka Susanne Kirchmayr and her colleagues like Acid Maria and Eva Cazal have to hear this in the mid ’90s? In November 2018 I meet Susanne Kirchmayer at Café Prückl and we looked back on 20 years of female:pressure before she had to catch her plane to Berlin.

Her debut album “5 1 1 5 9 3” was released in March 2018 and Electric Indigo is more in demand than ever as a live performer, DJ, curator and composer. In addition, she still does most of the work on the female:pressure database and mailing list and participates in the various anniversary parties and panels and on an important tool of the busy network, the “Facts Survey”: figures, data and facts on the representation of female, transgender, and non-binary artists in the field of electronic music festivals show the imbalance more clearly than some people would prefer. At last – after two presentations – many media, blogs, festival curators and party organisers are jumping on the bandwagon, and on the other hand new colleagues are registering with female:pressure.

Susanne Kirchmayr: The reaction of the environment simply drew my attention to the fact, in a very penetrating way, that I am a woman. This is also the case for everyone I have talked to so far, all of my colleagues have heard the saying: ‘Really good for a woman’.

In the wake of the emergence and decline of the techno scene in Berlin in the early to mid ’90s, protagonists tell of how spontaneous, free, curious, dance-tempered and music-loving everyone was, men and women alike. Race, class, gender? “Not an issue”, they said. Rock style stardom? Done with. Yawn. The DJ desk at eye level with the dancing crowd. “It’s all about the music and a fat sound system, baby!” To put it in a nutshell, “Peace, joy, pancakes” was replaced in mid ’90s by the competition of party crews, by the emergence of stars and faces who suddenly determined the image of the DJ as a white young man again. For the women the ascription “DJane” remained and in the first books on DJ culture they are usually not mentioned. “DJ” as an acronym hides the (biological) gender, Kirchmayr says. Many who would use the term “DJane” actually want to do something right, namely acknowledge gender, and would do exactly the wrong thing with it, namely emphasizing the other, the extraordinary.

Together we are stronger, history is made

In the mid ’90s, everything seemed kind of cool. We had Kim Gordon, Lydia Lunch, Kathleen Hanna, Sleater-Kinney and many others. Electronic music gradually came to the fore, the avant-garde jetted through the world with G3 laptops. The overcoming of the Rockmachismo, the Riot Grrrls, everything seemed imaginable. Women’s libbers? Those are the others. The one in purple, the one with the quiet guitar – attention, cliché! Yes, and we had Laurie Anderson, Madonna and Björk. Zeitgeistmagazines featured cover stories with Electric Indigo on the cover á la “Men are afraid of this woman” or “The Future is Female!” In Hamburg ten colleagues got together and founded “Top Ten DJs”, a group who played regularly in the club Pudel. Among them: DJ Donna Neda, DJ Donna Maya, DJ Luka Skywalker, DJ T-Ina, Marga Glanz and many more. Female* musicians and DJs started to define and examine their own roles, to deal with the clichés that were repeatedly imposed on them as artists, and Judith Butler’s “Gender Trouble” found its way on to the nightstands and bookshelves.

A lot went wrong. Where are the women? Full festival line-ups did without, no matter whether in the indie, electronic music, or techno scene. Olympia-Washington, Hamburg, Berlin, Vienna, Munich, Frankfurt – something had to happen, the waiting is over! Susanne Kirchmayr, a fastidious worker, no matter if it concerns her music, her DJ-sets or recently her compositions, together with the open source programmer Andrea May, opposed the invisibility, the missing presence of a database for women (meanwhile extended by queer, non-binary and transgender acts) in the field of electronic music : female:pressure. 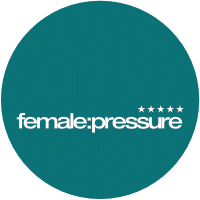 The female:pressure database lists around 2,000 female* musicians, composers, producers, visual artists, journalists, researchers and agents from over 70 countries in the field of electronic music. The associated mailing list with approximately 1,000 members is the low-threshold network tool, the heart of the community, through which projects are continuously planned, publications and events announced, and sensitive political topics discussed. And a lot of things can be sensitive in a diverse network. Questions such as: “Who is f:p?”, “Who speaks for f:p?”, “Who makes f:p radio broadcasts?”, “Who uses the logo?”, “In what language do we speak to each other?”, “How do we address each other as members?” and ”What initiatives do we support as an f:p collective?” A major part of the administrative and content work remains with Kirchmayr, although there is consideration of eventually passing on the responsibility to the colleagues*who pulled the cart in Kirchmayr’s short absence. Kirchmayr emphasized that “failures of individual nodes are bearable” and at some point it must be possible to replace her as the regulator.

“Generally, if a woman doesn’t do it herself, it won’t happen. Everything is based on one’s own initiative and on a driving force, at best with one or two people helping with the realization.”

Among the innumerable activities that female:pressure have brought to fruition, there are jour-fixe-meetings in several cities, a CD compilation, a DVD, a film, compilations to support political prisoners like Pussy Riot or the Syrian-Kurdish women of Rojava as well as the Visibility campaign (in each case driving force AGF Antye Greie-Fuchs), the Perspectives festival in Berlin, various blogs, panels, workshops, radio broadcasts, podcasts and – most powerful – the study “Facts Survey”.

“It’s the most unpleasant but most efficient thing we’ve ever done, and that’s exactly what a network is needed for. You don’t need a network to make music. In terms of effectiveness, the ‘Facts Survey’ is the most important.”

A small success between the researches in 2013 and 2017: “Before 2015 it was less than ten percent and now we have doubled the proportion in the survey in the last five years. It’s still ridiculously low, but if we were the green party now, we’d be delighted.” By 2017 it was around 17 percent.

The troublemakers female:pressure  are already beginning to address the next hard facts with refined research criteria. In addition to the percentage share of the line-up, it would be interesting to know how money is distributed, information that walks a very delicate line of privacy, negotiation skills, etc. here. At some festivals it is considered a (political) principle that everyone receives the same fee and conditions, but this is rather the exception. On the other hand, what can simply be investigated is where the money comes from. What public funding is available? How is the curator team structured, are there statistics on the number of visitors?

At least another “19 and a half for those who know”!

None of this would be possible without the tireless work of Susanne Kirchmayr and her colleague AGF, without the Berliners who organise the Perspectives and Heroines of Sound festivals as well as the radio show, the colleagues who took over the podcast, the colleagues in Vienna who create one of the female:pressure radio shows, the colleagues in Madrid who organise the She Makes Noise-festival, the colleagues in Canada and Chicago, Chile and, and, and, and. The “we” is assertion, is self-empowerment, the “we” is always against the conservative backlash, especially in 2019. female:pressure has worked on projects in 20 years as a database, as a network, as a low-threshold mailing-list, because there was something to do and because a few colleagues forged ahead to create perspectives of implementation. We are all familiar with all the contradictions we are working on and with, and we are not alone, because similar initiatives now exist for filmmakers, writers, scriptwriters, architects and many more – like the next generation of queer feminists around Marlene Bürgerkurator Engel, Terese Terror, the Burschenschaft Hysteria and the Girls Rock Camp. RRRIOT!

Without the support of DJ Luka Skywalker from the Top Ten DJs from Hamburg, without female:pressure and without Mo Loschelder from Berlin, I would never have had the opportunity to meet so many great and supportive colleagues. Thank you!

Also a big thank you to the deceased colleagues Tine Plesch and Meike Jansen. We miss you!

Christina Nemec (translated from the German article by Dave Dempsey)