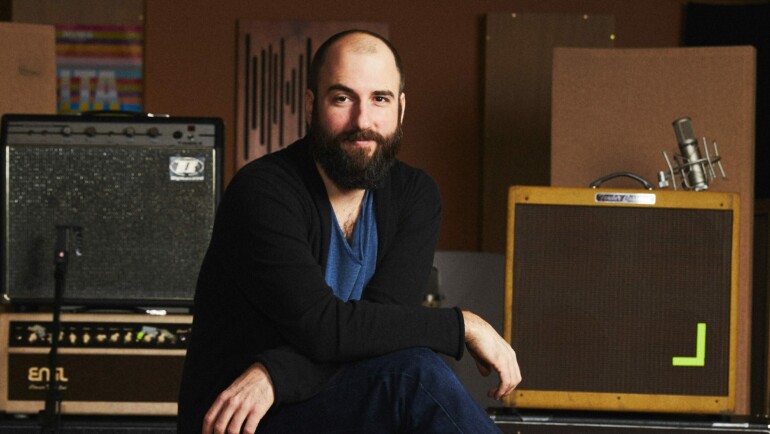 ALEXANDER LAUSCH runs the LISTENCAREFUL TONSTUDIO in Vienna’s 17th district, where he has been successfully collaborating with numerous local artists for years. He is also known as the mastermind and singer of the band LAUSCH. Clemens Engert spoke with the producer, recording and mixing engineer about the future of his job profile, social intelligence and cognitive distortions in the music industry.

How has the work of a producer changed over the last 5 to 10 years?

Alexander Lausch: In the meantime, a lot can already happen at the artists’ homes in the course of the production process, if they want it that way. You can actually record almost everything at home in a pretty good quality. This of course has changed the approach to integrating a studio into the production, which is why I usually clarify beforehand at what point the artists want to “hand over” the production.

Do you see the increasing tendency towards home recording endangering the producer’s job in the foreseeable future?

Alexander Lausch: No, not at all. What has perhaps changed is the point in time when the production is handed over to the producer. Many artists are looking for someone to accompany them throughout the entire process and give them feedback – including when it comes to home recording. And at a certain point, many simply want to move to a professional studio and see what happens with the material they’ve created at home. That’s why I think producers will still be relevant in the foreseeable future.

What is the added value you can offer artists as a producer and sound engineer?

Alexander Lausch: On the one hand, it’s certainly the creative input I can give – if that is asked for. And on the other hand, of course, it’s the service as a sound engineer, including my equipment.

In which role do you see yourself more: as an engineer who makes sure that everything sounds great and is recorded top-notch, or more as a creatively thinking producer giving a lot of input in terms of songwriting and arrangements?

Alexander Lausch: It’s really both roles. It varies depending on the production. Sometimes I’m involved from the very beginning, giving creative input and working out the arrangements with the artists, and sometimes I get finished third-party productions, only to do the mixing. I actually enjoy both and this variety is what makes my job enjoyable.

You have your own band project Lausch. Does the fact that you make music and sing yourself help you in your work as a producer with musicians and singers?

Alexander Lausch: Yes, definitely. Especially when it comes to vocals, I’ve learned a lot over the years. My girlfriend studied singing and we also exchange a lot about this topic privately. I try to bring my expertise into the productions as best I can and help the respective singers to deliver their best performance.

As a producer, do you also have to be a good psychologist?

Alexander Lausch: I think that at least you need to have good social “antennae”. You have to feel when you should take a step back or when someone needs input or also when there’s tension in the air. Sometimes it might also be necessary to let the recording be and just talk about it all for four hours. Studio work can be really exhausting and that’s why you have to have a good sense of what people’s limits are.

What are the most common misunderstandings that can occur when working with artists?

Alexander Lausch: One would be the so-called survivorship bias. The term comes from World War II, when the U.S. Navy was investigating how to strengthen the armor of its planes. The problem that came up was that they could only study the bullet holes of the planes that came back and, of course, the data of the planes that were shot down was missing. They were effectively trying to draw conclusions about all planes based on the few planes that returned, which resulted in a cognitive bias. Applied to music, this means that people usually look only at those artists who actually “made it,” forgetting the thousands who worked just as hard but didn’t become famous. It is therefore often wrongly assumed that hard work leads to a breakthrough. The truth is that most artists who are talented and work hard don’t make it to the top, and that there are reasons for success that are not always that easily understood or applied to oneself and one’s own success. Once one accepts that, one can start to discover for oneself the process of creation as being the essential thing and not defining oneself by success only.

If you had to list three qualities that make a good producer – what would they be?

Alexander Lausch: I think an important quality is that you know your own weaknesses. You have to know what you can’t do and then try to learn it as well as possible. Also, I think it’s important to know how to communicate your own strengths. Making music is a very personal process and that’s why proper communication plays an essential role. The third quality that comes to mind is actually true for all producers and sound engineers: You have to know your tools inside and out. That’s quite essential. You just have to know how to get the best out of a particular instrument, equipment or software.

Is there any producer who has particularly influenced you?

Alexander Lausch: Currently I would say that for me the approach of Andrew Scheps [note: a producer who has worked with the Red Hot Chili Peppers, Green Day or Beyoncé, among others] is very inspiring. The way he takes over the material from bands and what he puts in himself – that’s very instructive for me. Of course, I also appreciate big names like Rick Rubin or Steve Albini. There are just so many different approaches and so many different producers to learn from.

Translated from the German original by Julian Schoenfeld.