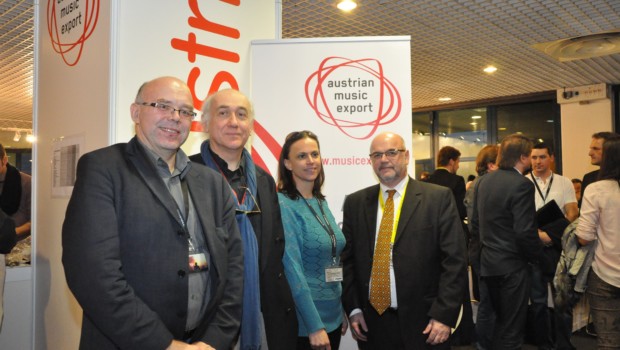 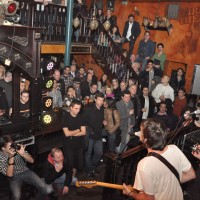 In the years of economic crisis, the biggest international music fair MIDEM focuses on synergies with the economy and support of marketing and start-up companies. This year’s center of attention was live music: concerts in popular clubs and prestigious bands in the Magic Mirror tent next to the festival’s palace heated up the atmosphere, which validated the legendary reputation of the festival in it’s almost 50 years of existence. This year’s festival focal points were start-up companies in the technology sector and the topics of marketing and brands. “Visionary Monday” covered discussions about the effective access to the market, new marketing concepts were developed in the “MIDEM Academy” workshops, and the “Innovation Factory” offered opportunities for new networking formats. In his keynote speach the Chinese pianist Lang Lang emphasized the importance of fostering child-centered musical activities. At his multifunctional art center, Lang Lang Music World, special developed educational products help children discover the joy in music.

28 Austrian companies and organizations were presented from the 26th – 29th of January 2013 at the Austrian booth and took advantage of the opportunity to meet with international partners and maintain and expand their networks.

“MIDEM is the ideal place for Austrian musicians to present themselves to an international audience and make targeted contacts. The showcase “Austria Sounds Great” offered a successful musical journey through Austria and was a rewarding experience for the young musicians,” said Mario Rossori, organizer of the Austrian presence at MIDEM.

“The Austrian showcase at MIDEM 2013 was an overwhelming success. With its slogan “Austria Sounds Great”, Trio Fidelio, Eva K. Anderson, The Bandaloop and Stereoface rocked the packed Morrison’s Irish Pub. The musical journey through Austria was also made physically accessable for foreign partners with the CD  “4444 seconds of Austrian pop!-Music (Vol 14)” of the pop! project and rockhouse compilation “Salzburg sounds Xtra Ordinary! (Vol. 16)”.

“Austrian pop music can definitely stand up to international comparison. The varied music program was well chosen by the export council of the Austrian Music Fund.”, emphasizes Mario Rossori. “The news coverage by Eva Twaroch for the Austrian Broadcasting Company ORF/TV,  the magazine HEUTE, and a report in a Ö1 radio journal underlines the successful Austrian activities in France.”