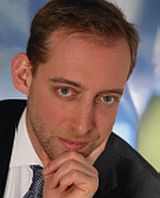 The field of contemporary music currently seems to be some emerging. Mainly responsible for this development is a young generation of composers, who expand the spectrum of contemporary music in this country with fascinating new facets. This time in the mica series “Austria’s Young Composers”: the Viennese composer Ernst Wally.

Fast Facts
Ernst Wally studied organ (Franz Falter, Michael Radulescu) and composition (Michael Jarrell, Frédéric Durieux) in Vienna and Paris. After intensely working as a liturgical organist at several renowned churches of Vienna and the Abbaye St. Marie de Paris, he found his calling in June 2007 as an assistant to the Cathedral Music at the St. Stephen’s Cathedral.

2005 – 2010 teacher at the Franz Schubert Conservatory, active as a concert organist and composer, winner of numerous organ and composition competitions. Commissioned inter alia by Romano Guardini, Foundation/Berlin, the Vienna Cathedral during the visit of Pope Benedict XVI. in September 2007, the Festival Dialogues Mystique/Vienna, the Eikon Media GmbH/Berlin and the Carinthian Summer Festival.

Portrait
Ernst Wally uses contemporary elements in his compositions, without rejecting the tradition. First he mostly composed atonal, as can be heard in the rough whirring sounds of Scherzo for piano and ensemble, then however the composer, organist and church musician turned to free-tonal composition since 2007. The used triads not only serve him as purely phonetic reasons in secular works, but also as a symbol of the Trinity in the spiritual context. In the same year he was appointed Assistant Director of Cathedral Music at St. Stephen in Vienna, where he considers it his duty to help the community in prayer with the effect of the music.

His improvisational skills are also in demand during church service. Perhaps, therefore his take on composition is only partly based on construction, and far more on an intuitive approach. In “Du stellst meine Füße auf weiten Raum”, it is the broken chords that convey a sense of harmonic orientation, but unusual progressions never fail to surprise.

The combination of organ and other instruments can be repeatedly found, when the powerful sound of the organ in Wally’s Toccata connects in rhythm and sound with crotales, timpani, snare drum and many more.
Doris Weberberger

“Streichquartettsatz”
(2007) Op 17
After a slow introduction a cantabile theme unfolds in the first violin. A short climax at the end opens into a bitonal chord consisting of two major chords.