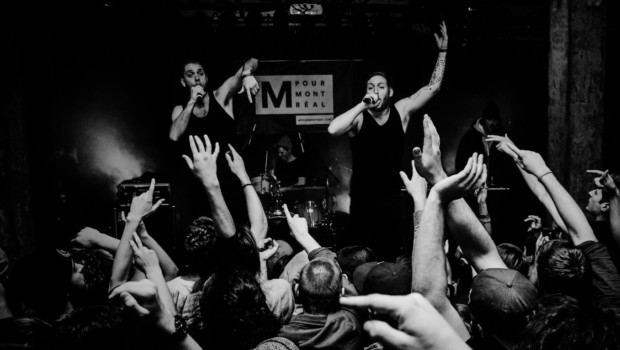 When most people think of the North American music scene they most likely think of cities like Austin, Seattle, Nashville, L.A. or New York. Even well known Canadian artists have left their past behind them and moved to the greener fields of the commercial music capitols.

But that might be changing. Montreal has acquired quite a reputation as a centre of musical talent, and also as a city where artists and musicians can still afford to live. God Speed! You Black Emperor made an early online impact and has maintained their local roots. Arcade Fire went global in a big way, eventually earning a Grammy and Brit Award for their music made in Montreal. The scenes are slowly leaking out into the world, and the reputation of the city as a hotbed of creative energy (and some amazing venues) is starting to follow.

Two international music conferences are helping the city’s aritsts by bringing members of the international music industry to Montreal. These events aren’t just a chance for local bands to gain some exposure, they are also an opportunity for international acts to mix and mingle in what looks to be one of the hottest cities in the Great White North.

In 2006 Sébastien Nasra (Avalanche Productions) got together with the legendary British festival programmer Martin Elbourne (Glastonbury Festival, The Great Escape and co-founder along with Peter Gabriel of the WOMAD Festival) to showcase 7 Montreal bands for a dozen European promoters in two venues. Now, 10 years later, that event has grown to include over 100 bands performing in 20 venues for over 200 music industry heavyweights from around the globe. The festival covers a broad range of genres, from indie rock and pop to electronic, hip-hop, folk, R&B, roots, jazz and more. Bands who want a chance to learn from the pros, explore Montreal, and get some networking done on the side, can make their submissions at the festivals homepage. The deadline to apply is Sunday May 15, 2016.

Mundial Montréal was established in 2011 and has become one of North Americas leading events showcasing traditional and world music. The exposition is a mix of concerts, workshops, and discussions with people from all aspects of the music business. Although Mundial Montreal began as a way to expose the wide diversity of local artists to the global music industry, in 2015 they opened their stages to international acts as well. Artists interested in participating will need to act fast though. The call for submissions ended on the 27th of March.