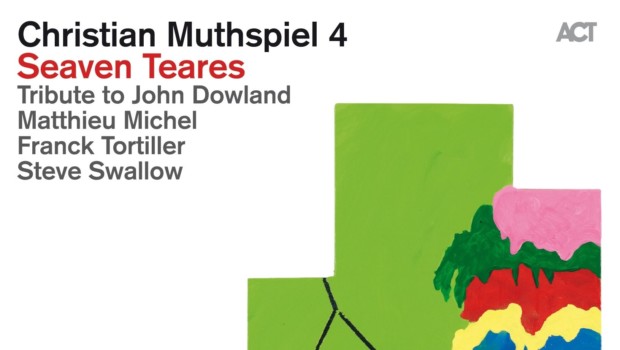 Christian Muthspiel has already involved Renaissance music in various projects on numerous occasions. In a quartet, together with trumpeter Matthieu Michel, vibraphone player Franck Tortiller and bassist Steve Swallow, the trombonist now takes on the work of the Renaissance composer John Dowland, the master of melancholy tones, for his new CD “Seaven Teares” (ACT). Starting with the instrumental cycle “Lachrimae Or Seaven Teares” by the more than 400 year old composer, Christian Muthspiel builds a musical bridge from the past to the present and translates the chamber music of the old form to contemporary jazz. With soft, gentle and refreshingly light-footed sounds, the sonic time travel by the trombonist and his fellow musicians reveals a very varied and multifaceted rollercoaster ride through various musical moods, which resonates in every moment with the very distinctive and creative touch of Christian Muthspiel. 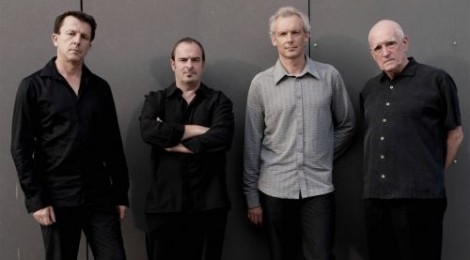 Music of the Renaissance “with its seemingly endless, unimpeded bar lines, carefree floating lines and polyphonic vocal nexus” has always had a special appeal for Christian Muthspiel. The great composers of this period include the British composer John Dowland, whose work “Lachrimae Or Seaven Teares” continues to resonate in its significance up to this day. Together with Matthieu Michel, Franck Tortiller and Steve Swallow, the Styrian native has now taken on the task of reworking the more than four hundred year old instrumental cycle with his own interpretation.

Moving closely along the original lines and resulting harmonies, the experimental trombonist and composer transfers John Dowland’s work into the musical context of today. In this manner he artfully and undogmatically interweaves jazz and chamber music into a very diverse and harmonious whole, in which he and his three colleagues consciously leave enough space for improvised interactions. The quartet also admirably succeeds in injecting their own playful demeanor into the melancholy of the original, which makes the pieces sound noticeably lighter in the modern interpretation. Highly recommended.
Michael Ternai
(translated from German)
Photo: Claudio Casanova / AAJ Italia ©