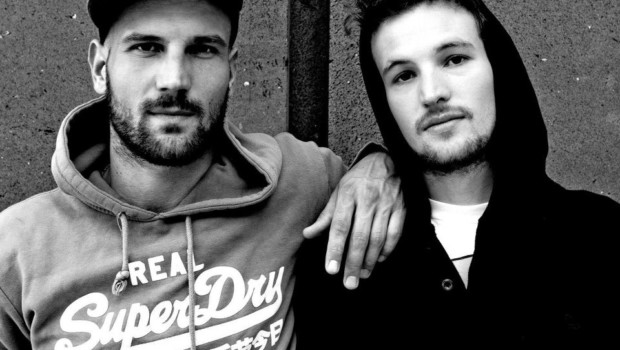 Band Portrait
With several million clicks on their YouTube clips, Klangkarussell are no longer just an insiders’ tip. However, it is rather baffling that this band comes from a small town in Austria. With the track “Sonnentanz“, the Salzburg-based duo has managed to achieve something that many other local acts desperately strive for, namely to score an internationally celebrated club hit.

Tobias Rieser and Adrian Held were already friends in school, but eventually the personal interests drifted apart. While Tobias, son of a music teacher, rather indulged in sports, Adrian began to make music at an early stage and already learned the basics at the age of 16. Years later with a lot more maturity and experience due to various jobs, the two school friends met again and suddenly recognized their many new common interests.

They not only decided to make music together, but also to produce a track right away. As Klangkarussell they released their first song “Netzwerk” in the summer of 2011. The deep house inspired track features passages of voice samples from the Indian philosopher and meditation master Osho. The sustained melody, the calm bass and the yet vivid beats already indicated the musical direction of Klangkarussell.

In the same period they also produced the song “Sonnentanz“ and uploaded the track without much ado on Soundcloud. Legend has it that “Sonnentanz” was put on YouTube early 2012, where the song suddenly went viral. With over 10 million clicks, Klangkarussell have definitely been able to gain fame due to the internet.  The song spread like a wildfire on various blogs, online magazines and eventually ranked at the top of international charts. “Sonnentanz” is a modern realization of classical dance influences complemented with a saxophone and a playful guitar. The song was not only heavily played in the clubs, the two Salzburg musicians were invited to numerous big events as DJs. Soon enough they signed with the major label Universal Records and also won the Austrian Amadeus Music Award in the category “Best Song of the Year” in 2013.

As the saying goes, where there is light, there is also shadow. In 2013 a video appeared on YouTube that questioned the creative individuality of “Sonnentanz”. After the censorship of this exposure, the accusations were kept within reasonable bounds, but the critics have not yet quite calmed down. This unfortunate incident is however no reason for Klangkarussell to get discouraged – after all, they have just started out with their musical career. Currently their upcoming debut album is in production and will be released early next year. Reason enough for Klangkarussell to take a step back from samples and focus on their own recordings.