Crossfiedler are offering a grab-bag of goodies with their latest release “Into the Blue”: Waltzes and electric guitars, dialect and reggae, polka and English-language pieces – these are the diverse touch-stones of this release. They fiddle and yodel and span a musical arc that refuses to break. A joyful experience with a groove that packs a serious dance-threat! www.preiserrecords.at 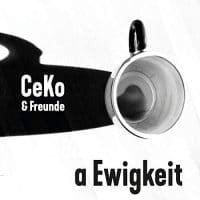 CeKo & Freunde, a project with lyrics written exclusively in dialect, have shifted their gaze toward an eternity (“A Ewigkeit”): Friends – among others Flo Weiß of Wanjo Banjo and the accordionist Walther Soyka – provide a beautiful musical foundation for the rather melancholic singer-songwriter CeKo. www.ceko.co.at 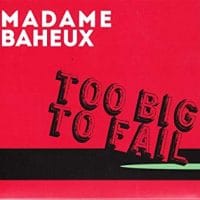 Maria Petrova’s band Madame Baheux presents the album “Too Big to Fail”, a passionate collection of world music with influences between ballad and rock groove, which occasionally turn to the Balkans. Several traditionals from the region are interpreted. The band, which received the Austrian World Music Award in 2014, has had a number of texts written by Richard Schuberth, including “The Mikl-Leitner Blues”, which takes a critical look at the Lower Austrian provincial governor and former interior minister. Great album! www.madame-baheux.com 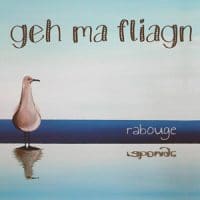 The album “Geh ma fliagn” by Rabouge has arrived: German lyrics with a touch of dialect and a refined twist towards jazz and rock. 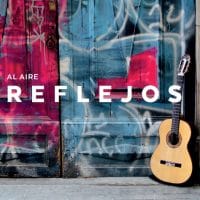 The project Reflejos and the album “Al Aire” is similar, but points more in the direction of flamenco. Guitarist Beate Reiermann plays with experts such as Paul Dangl (violin) and Maria Petrova (percussion) and stylishly stages traditionally tinged flamenco pieces composed by herself. www.beatereiermann.com 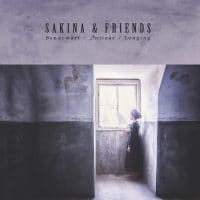 Sakina Teyna comes from Turkey and has a Kurdish-Alevitian background. She fled to Austria in 2006 for political reasons where she started her project Sakina & Friends. In addition to Teyna’s own compositions, the band, which consists of musicians from Spain, Austria and Iran, draws on traditionals and transfers them into a modern world music context. www.sakinateyna.com 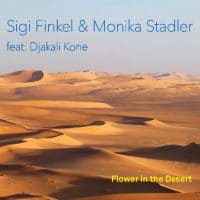 The saxophonist Sigi Finkel and the harpist Monika Stadler have joined forces for the album “Flower in the Desert”. The Kora player Djakali Kone was invited into the studio as a guest and the three musicians created eleven beautiful, often dreamy, acoustic pieces somewhere between jazz, folk, blues and world music. www.sigifinkel.com