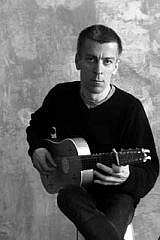 39 CDs in eleven years is a lot for a record label that has devoted itself to experimental sound art. Reason enough to get to the bottom of this artistic success story.

The Mittersill Composers’ Forum as an organization (or rather: facilitator) and Einklang Records as a record label arise as a closely interlocked structure of event and record label. The Mittersill Composers’ Forum (in short: KOFOMI) was founded in 1996 and is based on the tragic life story of Anton Webern, who died in 1945 in the Salzburg town Mittersill. A year earlier, in 1995, the composer and visual artist Wolfgang Seierl initiated a Webern-memorial event in the Salzburg town, while sensing the urge to achieve more on this level. This was the start of the Composers’ Forum, which has grown steadily over the past fourteen years.

In addition to the desire of the Webern commemoration, Wolfgang Seierl also felt the need to encourage the exchange between musicians and composers. Compared to the fine arts, which always served as an object of comparison for the productive artist Seierl, he located a huge deficit in this matter. The idea was to bring musicians, composers and listeners together, not only for casual conversations after the concerts, but rather to foster the communication in a more intense manner.

Initially composers from the surrounding areas of Mittersill were invited to compose and perform. Gradually the sphere of action expanded. However, even today, after more than a decade of these conventions, the Composers’ Forum is still not considered as a festival in the traditional sense.

The target audience for the events does not consist of visitors from Salzburg, Vienna and Innsbruck. It of course happens, but only peripherally, if anyone is especially interested in a piece or a composer. All visitors are welcome, but it is really about the inhabitants of Mittersill, who don’t have the chance to visit concerts three times a month. To get involved in music of this kind, it is not required from the listener to be well educated or intellectual or to bring a certain degree of openness. In such a small place like Mittersill, the number of people who want to open up for such music is limited, but year after year the Composers’ Forum has been able to gain new visitors.

In Seierl’s opinion, projected to the population, an audience of forty or fifty people at a concert in Mittersill is more than a half-full concert hall in Vienna. In this sense, the open space of the Composers’ Forum is well received and the visitors enjoy the clash of different compositional patterns and listening habits.

From the very beginning, the scepticism about the forum was limited. The scene was always very positive, even though there were of course debates and conflicts. Yet all obstacles were conquered successfully. Today, the Composers’ Forum has earned a reputation as a stable institution and is the result of a certain toughness and serious endeavour.

The question remains, how did the forum culminate into the launch of a record label? As the Composers’ Forum broadened its sphere of influence, there was an increasing demand for documentation.
The performances were recorded from the beginning and after the third forum, there was so much interesting material, which was absolutely worth publishing. This was the first step in the direction of founding the record label. Soon enough, Wolfgang Seierl and his partner, the musicologist Christian Heindl, recognized the need to not only document, but also generate additional attention and began to promote other publications and releases.

These two focal points that still exist today, on the one hand the documentation of the Composers’ Forum and on other hand the emphasis on experimental, avant-garde Austrian music, has been recently complemented by a third feature : the remix. This form of processing between pop culture and electronic music has been adapted for their own purposes, in order to work with the given material and to maintain a constant development.