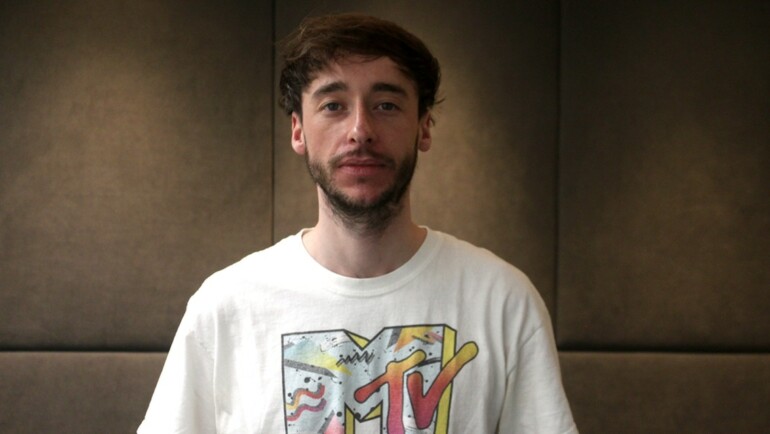 New Wellness sets the Millenials’ attitude towards life to music

New Wellness: with his album “Lexicon Of Untold Stories” which will be released at the end of March he is the FM4 Soundpark Act Of The Month

After his old band We Walk Walls broke up, Silvio Lenglachner found it difficult to make music, even listening to it was not enjoyable to him. He needed something new, had to get away, looking for inspiration, or only relaxation. “I need something new”, the new wellness track “Bowl Cut” says.

He then spent half a year in Kosovo, first in Prizren, the second largest city in the country, and later in Prishtina, the capital. And there it suddenly happened: The melodies came back, the lyrics popped up and Silvio actually felt the desire, even the urge to make music again:

“I had something burning in my soul that I wanted to get rid of and that just kept getting stronger.”

New Wellness aka Silvio Lenglachner and I are the same age. We are both millenials, members of the Generation Y. Maybe that’s why his album “Lexicon Of Untold Stories” touched me so quickly, so strongly. Every allusion that can be found on the album’s ten songs was immediately familiar to me, created images in me and awakened further associations.

If you listen carefully, you can discover references to films, computer games and books. Great new creations such as “Let’s go all groundhog day”, i.e. back to yesterday when all was well, can be found in the lyrics, as well as metaphors about Wifi, the British TV chef Gordon Ramsay, or the never-ending story: “But we never give up, Atréju”, it says in the first single “Treat Yourself”.

The big theme of the album is (surviving) living in a world that doesn’t give us many chances: “Those kids got high potential, but still they are broke”, sings New Wellness. You couldn’t summarize his and my generation more aptly, where after years of education you go from unpaid internship to unpaid internship until you are well over thirty. And the parents’ generation always breathing down your neck that can’t understand the struggle. Boomers, precisely.

“I often experienced that older generations do not take notice of you and that you have to fight for it.”

The fact that these socially relevant contents are easily laid over danceable beats and impressive pop arrangements is the great art on this album. Clubtracks for people who like to chill at home on their couch. An oxymoron, but it works. “Lexicon Of Untold Stories” is the proof.

Often the album gets very personal and social analysis fades into the background: “I’m just a side note in someone’s love song”, it says in “Wild Creatures” in a resigning yet accepting way. You find it easier to accept things when you get older, which has its advantages.

In the penultimate song “Follow_Unfollow” it still sounds on a hopeful note: “Tomorrow’s gonna be better”, only to blare out then against the counterpart in the last song of the album “Don’t tell me things are gonna be alright”.

You have to walk through life, this life, on your own. But you are at least part of a generation with whom you can share experiences and that gives you if not hope, then at least comfort.

“Lexicon Of Untold Stories” will be released on march 27, 2020 on Wohnzimmer Records. The album release show will take place one day before, on march 26 at Fluc in Vienna.

New Wellness (Facebook)
FM4 Soundpark Acts of the Month (all)