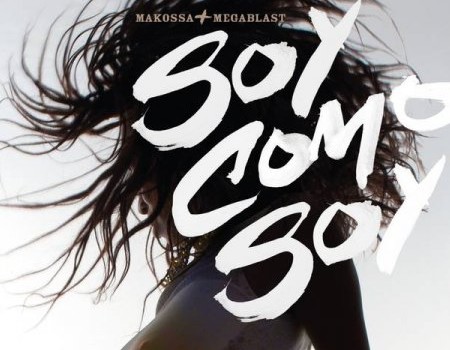 From the primordial drum beat of Africa, we have come far. The earliest origin of rhythmic drum objects and talking drums of the motherland, to the brand new long player from Vienna’s finest electronic drum ensemble Makossa and Megablast. Welcome to ‘Soy Como Soy’.

In 2007 the duo along with a host of talented singers and musicians created quite a stir with their debut album ‘Kunuaka’, on G-Stone recordings, receiving high praise from musical luminaries such as Gilles Peterson, Carl Craig and Laurent Garnier.  Everybody mentioned that the production sounds were tight, precise and sharply exact. DJ’s couldn’t get enough of ‘Kunuaka’. Even more so, taking it to the stage on too many festivals to mention they cemented a formidable following and fan base. Along on the ride on these live tours came the very vocalists and percussionists that appeared on the album. It is one of the main sensations from the new album ‘Soy Como Soy’ and its predecessor ‘Kunuaka’ is the fact that ‘live’ means ‘live’, the flow, the origin from the primordial drumbeat and vocalists participating with the drum.  It is like a heartbeat, quite unique.

That was then, this is now…
So the good times on the beach festivals and the worldly travelling has to come to a stop! Time to return to the Luv Lite studies in Vienna to get down to the ‘nitty gritty’ of classic retro analogue knob twiddling! Finding the freshest and most innovative musicians and vocalists, and ‘getting it down’ is a pain-staking venture at best.

Those days and those travels of playing in front of 30,000 happy smiley people on a beach come into play though (thankfully). Experiences, states and situations, the emotions and the sensations of the last four years! Well, Makossa and Megablast do a fantastic job of applying them to ‘Soy Como Soy’. The guys have come home, and are better for it. Sounds are even tighter, more precise and exact. Vocalists illuminate the scenes and the songs.  From the massive anthem beat driven ‘Soy Como Soy’ picked up by the big dicks in just about every dance orientated genre to the beautiful tranquillity and quietude of ‘Love You’, the album indefinitely goes forth.

You can definitely hear that the guys have done some serious travelling and met some fine folks along the way. Tracks like ‘If I U Me’ and  ‘Release The Pressure’ ooze with layers of emotion and mood of reflection. The climate changes with the magnificent ex ‘Tower Of Power’ singer Hubert Tubbs on two stunning tracks ‘Coming Home’ and ‘Peace’. You feel his guts when he sings, seriously, his voice is imposing and beyond the norm. OG Spiritual Godess from Zimbabwe and Cleydys Villalon from Cuba make sure the girls get their say too with somewhat strikingly exotic vocals. ‘Imimi’ and ‘Bailalo’ two tracks for me that rouse and quicken the senses with much exhilaration and gladdening. You can tell that Megablast works closely with the vocalists directly in the studio. The interaction of the human elements is firm and resolute and always convincing. These are not vocal parts sent over Internet, they are direct in the presence of the production team in the Luv Lite lounge and studios. Overseen too by Makossa’s more than keen ear, having the ability to recognize and draw the fine distinctions in sound, he is indeed the acute observer.

Suspenseful trippy analog synths and other tinted sounds, the scrupulous drums, percussion and forceful basslines, all nicely inconspicuous from their travels and their tales. A real a fusion of organic Afro-Latin beats.

Makossa and Megablast have come home finally, we missed them very much. We’re very happy to have them back.
(Alan Brown, Soul Seduction, Vienna)