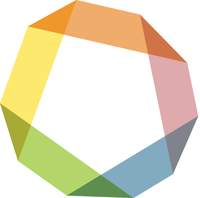 The new year 2013 has begun and with it comes a fresh start for the music industry. Turning a new page, the next opportunity for industry experts to meet and greet is the largest international music fair MIDEM, and of course Austria will be there too! From the 26th – 29th of January 2013,  27 Austrian companies and organizations will represent Austria at a joint booth. Austria’s presence at the music fair is supported by the AKM/GFÖM, departure, IFPI/LSG, Fachverband der Film- und Musikindustrie (FAMA), ÖSTIG, WKO Wien and AWO – go international. Cooperation partner is the Austrian Music Export.

The Austrian showcase “Austria Sounds Great” will take place on Saturday, the 26th of January, and on Sunday, the 27th, visitors are welcome to join the Austrians for the traditional ‘Happy Hour’, starting at 5.30 pm at the Austrian booth (R 12.05). As a small gift, visitors will receive Austrian chocolate in the form of an effect pedal from the company Rock’n’Roll im Stanniol.

“With coordinated export activities, the importance of Austrian music can be improved as an economic factor! These results of the music industry study of the Vienna Chamber of Commerce in cooperation with the Austrian Music Council will be implemented in January 2013 with the presence of Austrian companies at the music fair MIDEM. MIDEM is one of the most important international music fairs in terms of distribution, publishing and new media. I am therefore particularly pleased that we could once again win over departure, the Vienna Chamber of Commerce and the Department of Foreign Trade Austria (AWO – go international) for the financing of the Austrian showcases at the MIDEM OFF. The introduced slogan “Austria Sounds Great” will be demonstrated live in the popular Morrison’s Irish Pub by Trio Fidelio, Eva K. Anderson, The Bandaloop and Stereoface. The musical journey through Austria will leave a lasting positive impression on our foreign partners with the CD ’4444 seconds of Austrian pop!-Music (Vol. 14)’ from the project pop! and the Rockhouse compilation ‘Salzburg sounds Xtra Ordinary! (Vol. 16)’ .”
(Mario Rossori, organizer and mastermind of the Austrian presence at MIDEM) 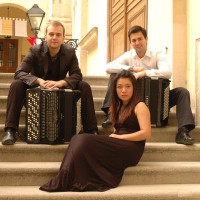 Trio Fidelio consists of Alen Dzambic, Yueming Xu-Ertl and Nikola Djoric. All three completed their accordion studies with Grzegorz Stopa at the Vienna Conservatory. In March 2011, the trio won the HFP Fidelio year scholarship at the 10th Fidelio contest of the Hugo-Breitner Society for the promotion of young artists at the Vienna Conservatory. Due to this success and the wonderful memory, the three musicians decided to name themselves after the competition: “Trio-Fidelio” is born. The international cast of the trio with different cultural influences is reflected in a broad repertoire. Another important factor in the work of the trio is the close collaboration with composers. The current repertoire includes original contemporary compositions for classical accordion, as well as transcriptions of compositions from different stylistic periods. (Preiser Records)
Website: http://trio-fidelio.at/ 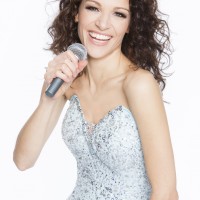 After the success of “Fortune Teller”, “A Sound of Silence” (both Top 7 of the Austrian Top 40 charts) and No. 5 in the preliminary decision of the Eurovision Song Contest 2011, the singer/songwriter sings on her latest work about taking your own path and going with the flow of life (Hello – Go With The Flow, Gone Digging). She tells a tale about reconciliation with her own dark sides (I Like It That Way), the longing and the need for comfort and security (I Will Be Here), about loving companions (My Heart in Your Hands, Let Us Fly) and mysterious journeys (Khema Wae, Under The Sea) and about what a “masterpiece of art” the leaf of a tree is, which the breath of wind gently places in your hands during a walk (Hello Tree). (Sonamea Records)
Website: www.eva-k-anderson.com 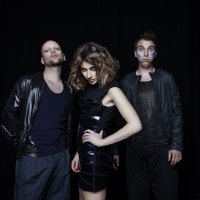 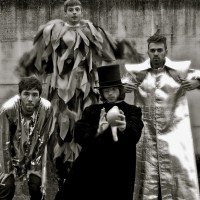 STEREOFACE
With the long-awaited second album “Face It”, Stereoface presents itself as uncompromising and multi-faceted as ever. Quiet sounds have become even more fragile, loud sounds even more energetic. The Styrian band proves to have more than two faces, and draws the bow across genres – from psychedelic art rock to punk: Contrasts as a stylistic device. Thus, a lot of experimentation went into the recording sessions with two different drummers. Produced by Clive Martin (David Byrne, The Cure, and many more), Stereoface promise confrontation with “Face It”! Nothing in life can be planned … “When will you be there to face it?” (moerdermusic)
Website: www.stereoface.at.tf

The complete MIDEM OFF program:
www.midem.com/en/programme/live-music/midem-off/

The following Austrian companies are represented at the MIDEM 2013: