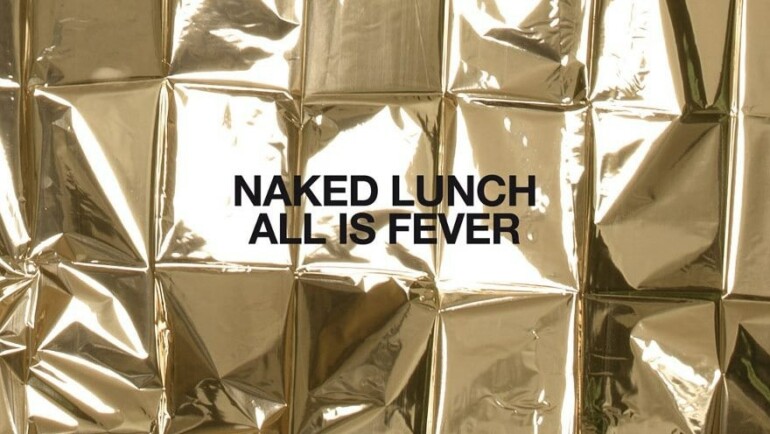 Naked Lunch play an important role in the Austrian music business. But not only here: the four musicians are also internationally acclaimed since their breakthrough with “Songs for the Exhausted” in 2004. Praised by critics and celebrated by the audience, they have also made a name for themselves with their live performances. Six years after their last album, they are back with new material in the form of the album “All Is Fever”. With its versatile songs, this album does not only offer catchy ear worm potential, it also sets a high bar for sophisticated independent music. The song structures are not exaggeratingly intricate and playful, they rather have a certain – almost determined – flow carried by strong instruments.

The genre ‘indie’ would be too vast, and ‘indie pop’ too small to describe their music. Naked Lunch have moved away from alternative rock inspired by the Notwist and have managed to encapsulate their musical maturing process on the new album. “All Is Fever” is studded with choral singing that has the ability to constantly cause completely different moods. Sometimes it becomes folk-ish and is reminiscent of Grizzly Bear and Fleet Foxes, sometimes it sounds like a gentle church choir. These tendencies are also reflected in the music. The church choir is backed up with a reinforcing echo and lengthy instrumentation. The folk singers are supported with strong drums and creative melodies.

And ever so often you can hear allusions to musicals. Nothing specific, but the feeling of a “musical” is produced with pronounced melodies. Especially “The Sun” with the lush instrumentation of drums, strings and chimes does not only have Christmas song qualities but also soundtrack potential. Similar situation with “At the Lovecourt” and “Shine On”, which would be ideally suited to accompany a wedding scene in an indie film. “Shine On” has a bit of a Beatles character from the second minute, when it rattles to the repetitive chorus and the electric guitars blend harmoniously with the drums. A particular ear worm is offered with “41”. The melody sounds really happy at first, until the undercurrent of despair slowly seeps in. The bait of this song is thrown out differently. To stay with the score comparisons: Willy Wonka could not have asked for more beautiful choral vocal for the great induction of his chocolate factory. Unfortunately, this hook is only in the background, but the song overall has a lot of power, and when it is slowly overshadowed by an electronic flicker, it sounds as if the boys ran out of batteries. A beautiful finish, especially when you consider that currently harsh song endings are more preferred than fade-outs.

This versatile album also gives less powerful songs space to unfold. Naked Lunch are the masters of tristesse. Thus, “Dreaming Hiroshima” and “The Funeral” are quite melancholy, especially when you listen to the lyrics. Although there is a will to see the positive side of a bad situation, the facts are just too frustating to overcome easily. “The Funeral” has a fairly restrained melody with a clap used as a beat. The lyrics, however, are pretty rough. As the title suggests it is about the funeral of the protagonist’s wife, who took her own life. Although there is a chorus, the song structure is more of a description of everyday life, from the death of the person until the day of the funeral. The songs includes the raised issue of an afterlife with the lines “Will I meet you again? Is it the start or is it just the end?”

“All Is Fever” accomplishes an harmonious arc, starting with a perfect opener “Keep It Hardcore” with a long intro and youthful megalomania in the lyrics and attitude, up to “The Funeral”, which might at first devastate the listener. The album is beautifully modulated due to the determined and very thoughtful style of the band and takes the listener on a mindful journey through the midsts of sophisticated and well conceived music.