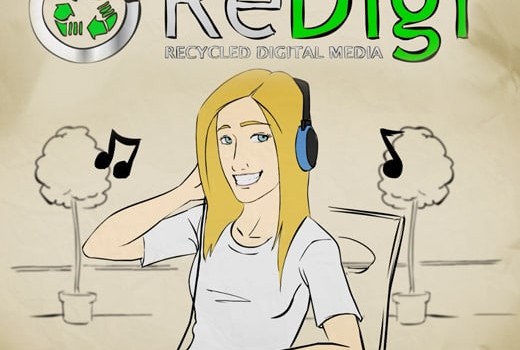 The U.S. start-up ReDigi has launched a marketplace for buying and selling “used” digital music files. In 2012, this service will also be available to Austrian users.

An abundance of used CDs and vinyl records are found at flea markets, record stores and online flea markets. So far, marketplaces for “used” digital music files have not made it beyond the experimental stage, most probably due to numerous legal issues. The young U.S. company ReDigi (Recycled Digital Media) is currently trying to change this issue.

Since mid-October, the start-up offers its users the opportunity to sell their old unwanted digital music files on the platform. For now, this offer is limited to U.S. customers, but in 2012, European internet users will also be able to make use of this service. Currently, there are already more than 10,000 “second hand” music files up for sale on the platform. The service seems to be rapidly growing.

ReDigi is not the first company that tried to set up a marketplace for the resale of digital goods. Three years ago,  a U.S. start-up called Bopaboo opened up a marketplace for “second-hand MP3s”, but soon disappeared without a trace from the net. It remains to be seen how ReDigi will further develop.