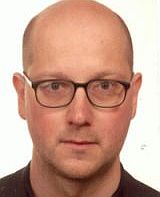 Buch Asche has recently premiered at Theater Bonn (June 6, 10, 26, July 10),  a commission from the Fonds Experimentelles Musiktheatre for a collaborative opera with Claudia Doderer, Händl Klaus and Klaus Lang.  This has been a 3 year project in the making and I met up with Klaus Lang in Graz to discuss the emergence of this latest opera project and to find out more about his compositional process.

Klaus Lang loves numbers.  Particular numbers can take on their own quality of association for him, though he describes this with a dose of apprehension as it is not as far as synaesthesia.  For instance, his numbers don’t sound like particular pitches to him, though he did admit that currently the number 17 is rather nice.  All his music is based on a systematic use of proportions, both proportions of time and pitch.  His sketchbooks are full of graphical time-line sketches, at first glance Xenakis comes to mind, in particular the orchestra piece Metastaseis, and it turns out Lang is a huge fan of Xenakis.  There is a fascination for both composers to use the Fibonacci series and the golden mean, yet Klaus stresses that this process, whilst it is deeply complex and difficult to pinpoint, is sought in order for his pieces to aim toward creating unity and cohesion, and to push oneself beyond the limitations of your own imagination.  It is merely the use of techniques which he follows with a certain rigour, yet the pieces become “themselves” and take on a whole new meaning, without a hint that the underlying structures would remain visible to the naked ear.  Lang admires the philosophical approach of Wittgenstein, in particular where the notion of mysticism emerges at a point where one would almost seem to transgress a unity of strict logical clarity.

Buch Asche is for 3 soloists (soprano, countertenor and bass), choir (8 voices) and large orchestra, and was unique in the sense that it was a collaborative effort, with Doderer and Klaus, both of whom he has worked with separately on different occasions.  Klaus’ libretto emerged as a memory of a Chinese fairytale that he had heard when he was a child.  Lang’s approach was to take this libretto and search for syllabic textual nuance, embedded in time structures and proportions.  Doderer and Lang worked closely together to embed the performance architectonically, including spatialisation of the instruments in a non-localised, articulated space meant that the opera house became an endless space of sound, with no orientation of the “orchestra pit”.  The orchestral members were placed into four different zones, surrounding the public, therefore attempting to dissolve the idea of space.  There was no conductor or director which meant that the social situation of the orchestral playing was drastically changed.  This was a very new experience for the Choir of Theater Bonn and the Beethoven Orchestra Bonn.

To assist in the performance numerous screens were placed for the performers to synch in at various points.  The emerging tiny deviations in both rhythm and intonation that were inevitable, despite the attempt to perform precisely, was all part of the imaginative sound world of Lang which he devised as a way to complete the full nuance of his score.  Interestingly, Lang conducted the rehearsals with small groups of instruments, before the entire production came together.  The sonic result is unending worlds of possibilities, of planes and textural dimensions.

Lang has enjoyed a wonderful and busy career as a freelance composer and concert organist in Berlin and Steirisch Laßnitz, receiving numerous commissions from all the major European Festivals and performance bodies, including international events.  He is a prolific composer, with many operas, a requiem, an oratorium, music theatre pieces, vocal pieces and chamber works.  The titles are poetic and often playful, Lang deliberately invites the listener to find their own world of associations and meanings. He plays concerts as an organist in ancient, contemporary and improvised music, the latest performance (May 6) was a commissioned piece, Die bärtige Frau. Sterne im Gesicht, for Organ and Orchestra which was performed together with the Mozarteum Orchestra Salzburg, celebrating a new concert organ for the Stiftung Mozarteum.

Lang is also involved in composition teaching as a Professor at the University of Music and Dramatic Arts in Graz, and was a teacher in 2008 at the “Darmstädter Ferienkurse für neue Musik”.  His studies were in composition, music theory and organ at the University for Music and the Performing Arts Graz where he graduated with distinction in both composition and organ performance. Together with Peter Ablinger, Bernhard Lang and Nader Mashayekhi the Zeitvertrieb Wien Berlin was established, which is a unique publishing house going beyond the conventional publishing, representing these original and uncompromising composers/sound artists.

The Pascal quote was cited in an article Klaus Lang recently published, Höchste Musik ist Abwesenheit der Musik (roughly translated, the highest music is the absence of music), representing his fascination for philosophical curiosity is never quite satisfied but his desire to articulate theory takes its place in the background when it finally comes to listening to music.
Tamara Friebel