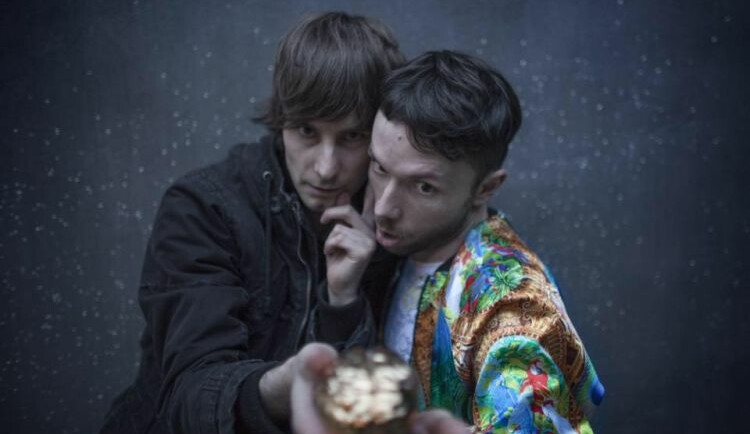 You recently released your new album “Crescendo” and presented it at several concerts in Austria in January. What has happened since the first album release more than ten years ago? How has the work at Scarabeusdream changed?

Bernd Supper: Regarding the way of working itself, we did most of the work on our first album ourselves. We were behind the mixing desk, we recorded ourselves etc. We made our own decisions as to/ about what to put in and what to throw away. Maybe a little self-absorbed, but also totally okay. We’ve done it differently now. This time we got ourselves a kind of referee, a producer. He said: “People/Guys, that’s the song. What does it need? Does the song now need a solo part over 16 bars?” The fact that there was a third person who looked over it is certainly the biggest difference to the way we worked ten years ago.

On “Crescendo” very different sounds can be heard. How do your songwriting processes work? Is there a clear division of roles ?

Bernd Supper: Well, I’d say most of it actually just happens in the rehearsal room.

Bernd Supper: You have a feel for questioning the structure and breaking it down. That’s exactly what it’s all about!

Hannes Moser: Sometimes I wouldn’t see the structure he sees in a song, or would see it differently.

Bernd Supper: You have a talent for setting accents where you wouldn’t expect it, and that gives the song transitions. Otherwise you always have one part after the other. The drumming has an extreme influence on the form. If I would put down a few chords alone, it probably wouldn’t even be recognizable as Scarabeusdream. And since Hannes recognizes something completely different in this system and plays it accordingly, it becomes a song.

“THE REAL QUESTION IS, “WHAT DOES THIS SONG NEED?””

In a television interview, you mentioned contrasts that can be expressed verbally in a quarrel, but can be very interesting musically. How do these opposites manifest themselves in the creative process? Are there also situations in which you do not agree musically?

Hannes Moser: I think we’ve known each other for so long that we know which things are more important to whom. So when Bernd comes up with an idea, for example, I try to think about how important this passage is to him. Sometimes I support the idea and sometimes I don’t.

Bernd Supper: Yes, thank God. That wasn’t always the case. We asked each other the wrong questions for a long time. The right question is: “What does the song need? And not: “Am I present enough?” Maybe that also explains the long musical break.

Hannes Moser: It’s a musical growing up. As a young musician you want to let your cock hang out a bit – à la: “Mine is longer than yours”.At some point you might reach a level where it’s easier to take a step back. There would have been some numbers on the current album that would have destroyed my original idea on drums a bit. The ego is usually the biggest problem for a musician.

“THE EGO IS USUALLY THE BIGGEST PROBLEM FOR A MUSICIAN.”

Bernd Supper: On the other hand, it can be that sometimes it totally helps the song if you deliberately sabotage the song structure. But not always. Just playing devils advocate is not enough.

Hannes Moser: In my opinion, that is also the reason why we took such a long break. Because in a way, we have sabotaged each other. Maybe I also tried to destroy things sometimes because I had a problem with pop music. Now I have reconciled [laughs].

Were there or are there thoughts to expand the cast of Scarabeusdream?

Hannes Moser: We’ve been getting requests again and again. From scratchers to didgeridoo players and so on. But until now we have always been too egocentric, for whatever reason.

Bernd Supper: We don’t categorically exclude that either.

Hannes Moser: No. We are now also working on a collaboration with the performance theatre group Saint Genet. They actually come from Seattle, but they are doing a lot in Vienna now. Somehow we are beginning to socialize more.

Bernd Supper: With real musicians! Who studied music and can read sheet music. That’s also good. It brings you back down to the ground again and wonder what a little pisser you are.

“[…] THE AMIGOS WERE EVEN MORE PROGRESSIVE THAN SOME HARDCORE BANDS.”

You often mentioned that the hardcore scene of the 1990s was formative. Was the renunciation of an electric guitar or the reduction to piano and drums a conscious artistic decision or was it out of necessity?

Bernd Supper: Definitely the latter. Hannes was a singer in a band that I joined. That was just so classic: drums, bass, guitar. I also played a little keyboard. This band broke up and the two of us were left. So there is actually no concept at all behind it, it was a coincidence. I myself always wanted to play guitar and still play the piano over a guitar amp.

Hannes Moser: And when you listen to The Doors, you realize that a guitar is not mandatory necessary. But it was definitely out of necessity and because somehow nobody wanted to play the music or the approach to the music didn’t fit. I was very enthusiastic about the progressive, positive mood in the hardcore scene at the beginning of the 1990s, but then the hardass image and heavy content started becoming cool. I had the feeling that something had to evolve. I mean, the Amigos were even more progressive than some hardcore bands [laughs].

As part of my research, I’ve often read that you want to distance yourself in a way from (pure) entertainment, or that art has a different, perhaps higher calling than just entertainment. What are your demands on music and art?

Bernd Supper: If you have the feeling that you have to stand on a stage and express yourself, then you not only have the opportunity to present yourself, but also, in my opinion, the obligation to contribute something. For me, there is a border between art and entertainment which lacks any subtext. It’s okay that there is such a thing, but we don’t see ourselves there at all. For me, that is the epitome of narcissism. Even if there is a stage higher than the audience. But all in all it should be an experience with all those involved. And the truth is reflected there.

Hannes Moser: I don’t want to numb people through entertainment. I want to stimulate their brains. Maybe people should also have a lasting experience of what we produce. For example, it’s nice when you meet someone who tells you that they were at one of our concerts, which somehow led them to make music. Entertainment tries to somehow sedate people, to calm them down, and we actually just want to achieve the opposite. Whether this is a positive or negative reaction is almost secondary. Everything is better than hanging around somewhere in the middle.

What about gigs in the near future? You are now also working with a German agency.

Bernd Supper: Yes, exactly. Next up are March 28, 29 and 30 at the WUK. There’s the performance by the artists’ collective Saint Genet that Hannes mentioned, in which we’re allowed to participate. We are very honoured.

Then we’ll be out and about in Europe for a while. Italy, Czech Republic, Germany. In summer we play a few festivals and in autumn there will be the next Austria tour. We are looking forward to it.

Alexander Kochman – (translated from the German by Dave Dempsey)