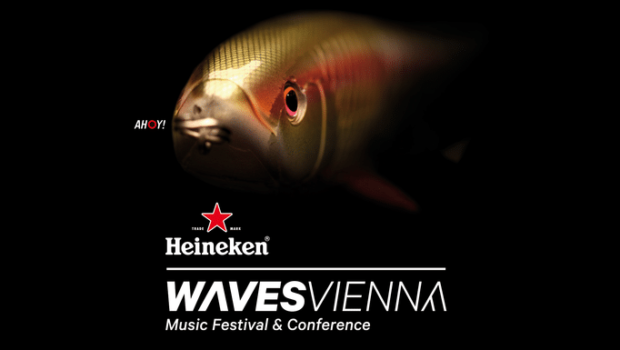 A small country for a great time – that is what the Croatian tourist board says. And that could really be the key fact about Croatia. It is not a big country but it offers a lot of festivals during the summer. On the other side, during the year, the music scene is big but it wrestles with its bad fi nancial situation. The art and indie scene on the other hand is blooming as it always does when there is no market. An international career is the most common dream nowadays. After the collapse of Yugoslavia, the audience shrank but last year Croatia entered the EU which opened up new perspectives for the local music scene.

Croatia was always a popular summer destination. That dates from the first half of the last century. During the last twenty years, tourists were unhappy with no content. Well, that changed in the last 5–6 years after British music entrepreneurs, like Nick Colgan of UB40, decided that sunny beaches would provide a much better festival venue then mud and rain in the usual UK scenario. At the time, Croatia is a favourite destination of festival-goers in most European countries.

The first festival in that setup was The Garden Festival. There are now about 40 festivals made from foreign capital and knowhow. Hideout, Fresh Island, Sonus, Barrakud on the Island of Pag, Dimensions and Outlook at Pula, For Festival at Hvar for example are small and medium sized festivals that are leading the festival scene. The biggest is the American franchise festival Ultra Music at Split, and the smallest is SuperUho organized by the very influential local promoter Mate Škugor; this will be the first year of the festival after the cancellation of Terraneo in Šibenik.

The acts that will showcase at Waves as Croatian focus are pretty much the acts that represent the best of the new indie scene in Croatia. This will be the fi rst time for Croatian acts to showcase together at a festival abroad, so it is an important moment for the Croatian music scene. Punčke are a girl punk band with a growing fan base that could soon be “the next big name” in Croatia. Mlat and Jonathan are bands from Rijeka, some of the members play at both bands and are also very experienced players from a big local name: Let3. Jonathan is a very attractive energetic indie rock band with lyrics in English and Mlat is an atmospheric rock band with serious tunes that can both satisfy musician’s taste and be radio phonic at the same time. Vlasta Popic as an upcoming indie pop band from Varaždin and singer-songwriter Irena Zilic will present the current scene that deserves to be shown outside the borders of this small country.

The big names of the Croatian rock scene are those bands with 15 to 20 year long careers and they keep being popular and loved by their fans. Two big names from Rijeka – art rockers Let3 and Urban – are included in the music scene for a long time and they are also active in The City of Rijeka culture department. Hladno pivo as a punk band from Zagreb became pop rock stars and maybe the most popular band in Croatia. Hip-hop act Elemental from Zagreb is another successful band led by front-woman Remi. TBF from Split are rock hip hop stars and Majke with charismatic Bare are known as the last rock‘n‘roll band in Croatia.

Not many of the acts made an international career. The Bambi Molesters, a surf band, managed to do that and they are always mentioned as a good example for a niche band that can compete in the saturated international music scene.

With the following of the trend of live acoustic sessions there is a brand new singer-song-writer scene that includes acts like Irena Zilic who will showcase this year at Waves and Lovely Quinces who showcased at Waves last year. The leader of the scene is Nina Romic. Most of them sing in Croatian which is a barrier for the international career, though.

Zagreb as the capital is also the clubbing leader providing vivid live music and party scene venues. The Culture factory is the only real option for small and medium sized bands, Vintage Industrial Bar for hard rock concerts, and there is the student club KSET with lots of live gigs. Sirup, Medika and Masters for party scene are recognized as clubbing leaders. Rijeka is known for a huge drop of population and closing down legendary clubs since. At the time Život and Tunel are small venues with live gigs. Split, Osijek, Pula are in even worse shape, so there is no venue with continuity in live gigs to be found in these cities. During the summer that changes a lot and many summer clubs prosper from party tourism. Kalypso, Aquarius and Papaya in Zrce at Island of Pag, Hula Hula, Carpe Diem and Pink Champagne at Hvar and Revelin in Dubrovnik are the leaders with festivals and dj lineup.