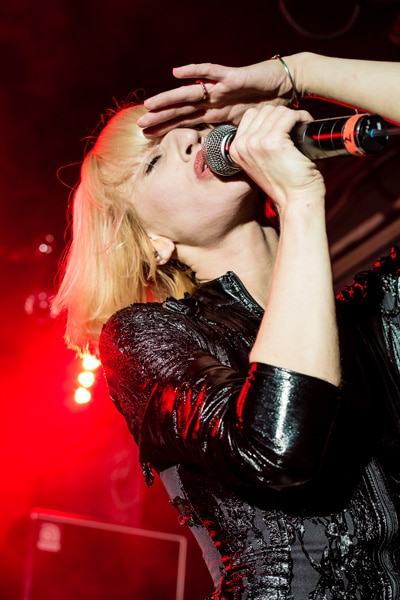 Waves Vienna 2012 is history. The three and a half days of the festival are digested and the festival´s balance sheet is very positive:

With 10,800 visitors and 517 delegates from 30 different countries, both the music program and the Waves Music Conference were even better – and more international! – than in the first year of the event. Also, the 139 participating bands and DJs came from nearly all parts of the world.

Music from Austria was represented prominently with over 50 acts. Staying true to the slogan “East Meets West” the festival also featured numerous acts from Eastern Europe (23, including 9 from Poland, one of the host countries 2012).

The first feedbacks confirm the positive results:
Ivan Milivojev (Exit Festival, RS) “The conference was great, the last year was good, but this year it was even two levels better! I met a lot of new interesting people and saw really good concert! ”

Martin Elbourne (Glastonbury Festival, The Great Escape Festival, UK) “Despite illness I enjoyed most of the acts. You have a great event and the best weather.”

Adam Ryan (Mean Fiddler Promoter, UK): „Thank you for a great weekend. Waves exceeded all my expectations. Saw some great artists in some cool venues in an amazing city. So thank you.“

András Berta, (Sziget Cultural Management, HU): „Thanks a lot for the invitation. It was a great event once again, so big respect to the whole organizing team.”

And even more good news: Alongside the Austrian Poolbar Festival, Spring Festival and more Waves Vienna is nominated in two categories for the European Festival Awards – for “Best Medium-Sized Festival ‘and’ Best Indoor Festival”. Voting: http://eu.festivalawards.com until Nov 7, 2012.

Thank you for your support and looking forward to Waves Vienna 2013!