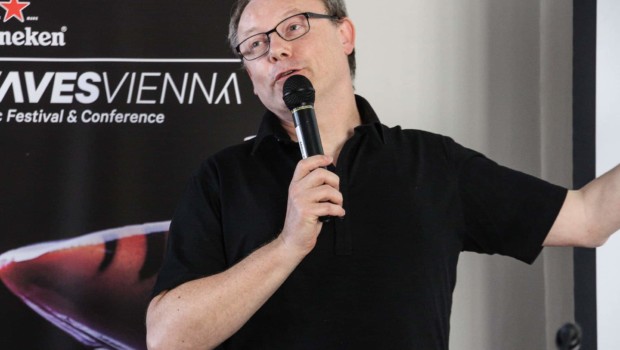 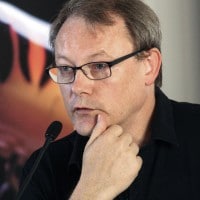 In the scope of the Waves Vienna Festival & Conference, not only the Polish music scene was put under the microscope. On Friday, October 5th, international music experts shared their opinions and expertise  on the French market. After a very detailed presentation on French music history by Emmanuel Legrand (Legrand Network/F), the panel participants spoke about the development of this dynamic and complex market.

One of the greatest curiosities that Emmanuel Legrand highlighted is probably that Serge Gainsbourg is somehow involved in every imaginable genre that developed over the years. He also established the profession of a singer/songwriter. Legrand especially underlines  the point that in chansons the melodies and lyrics were “borrowed” from singers. The dividing line between producers and performers was not austere, but it was not usual to combine the two talents together.

The respect for the producers, i.e. composers grew with the music scene. They were particularly skilled in composing timeless melodies, without the need of percussion. Legrand explains that this is because the French language does not harmonize with an upbeat tempo nor fast rhythms. This is also reflected in the minimum volume of French-speaking rock and roll bands. On the contrary, in the late 1980s French musicians from suburban areas of large cities discovered hip hop, which beats are perfectly suited for the language.

However the largest “export products” were always the chansons. Legrand demonstrated three examples of the restructuring of a French song into a worldwide hit. “My Way” made Frank Sinatra famous, earlier Paul Anka cobbled it from “Comme d’habitude”. “La Mer” was moulted to “Beyond the Sea”, as well as “Et maintenant” to Elvis Presley’s “My Love”. 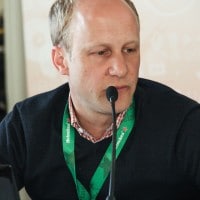 Although many, including the French, do not know the story behind these songs, the money for the music rights still flows into the income of the music export. According to Daniel Winkel (Bureaux Export/F) the music export is doing pretty well, even though French artists have always had a difficulty with the idea of leaving the country with an outlook on financial success.

One could assume naivety behind this, but it is a much more complex idea and has a lot to do with the music import.  Even if commercial media reports on international mainstream stars, it remains difficult for foreign independent musicians to find access to the French market. Christof Ellinghaus (City Slang/D) describes this matter with the example of the German band The Notwist. The band’s label City Slang wanted to introduce The Notwist to France in 2002, and, relying on the band’s international sound, never thought it could be that complicated. However without the personal involvement of the French label’s boss, this would have been a difficult procedure.

Stef Coninx (Flanders Music Centre/B) also agrees that the nepotism is more distinctive in France than elsewhere. It goes without saying that one hand washes the other, and marketing is synonymous with promotion. To overcome these hurdles you have to succeed against the centralized organization of music. It often happens that foreign artists only get the opportunity to play in Paris, but not to tour the whole of France, which would of course make a difference in the artist’s popularity.

It is almost as if there is a natural skepticism against foreign artists, but not on a personal level, it is rather a mistaken belief that the public would not like or be interested in these artists.

Of course it’s hard to overcome this attitude, which is why Emmanuel Legrand also suggests to try the markets of the UK or Belgium. And even if these conditions are harsh, the French music industry not only produced great artists, but is still one of the most influential.