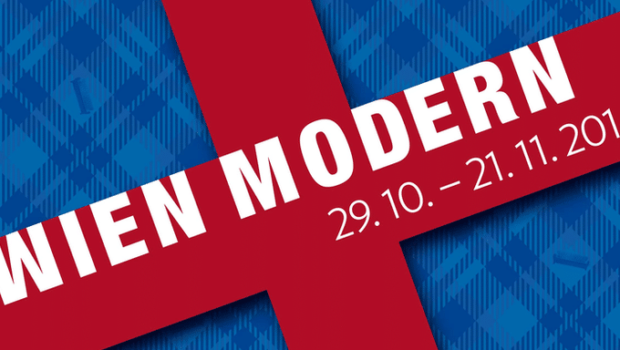 WIEN MODERN is Austria’s biggest festival for contemporary music. In its 27th edition, the festival will present 40 projects in over 60 events at 18 different venues throughout the city of Vienna from October 29 – November 21, 2014. As in previous years, the festival’s upcoming season combines both tradition and innovation. It seeks to cross boundaries, pique audience’s curiosity about contemporary art-making, as well as to question, highlight and overthrow established classical concert formats and propose and discuss new ones.

This year the festival will especially highlight the works of Georg Friedrich Haas. The Austrian-born composer has very quickly established himself as one of the most important composers working today. A wide spectrum of his oeuvre, with works from different periods and stylistic genres, as well as a commissioned work, will be performed during WIEN MODERN #27, giving audiences an insight into the sound world of this fascinating composer. By constantly extending the integration of the overtone spectrum, Georg Friedrich Haas’s music, with its focus on sound experiment, takes on ever new independent qualities. With each successive work, Haas seeks to break into unchartered musical territory. Across the entire program, his works form a musical journey on both the inside and outside of sound experiments.

The opening concert in the Great Hall of the Wiener Konzerthaus on 29. October 2014, will showcase the individual focal points of the 27th season. The ORF Vienna Radio Symphony Orchestra under its chief conductor Cornelius Meister, together with Klangforum Wien, will perform concerto grosso 2, the first of many works by this year’s guest composer Georg Friedrich Haas. There will also be performances of selected musical examples from this year’s “on screen” series. 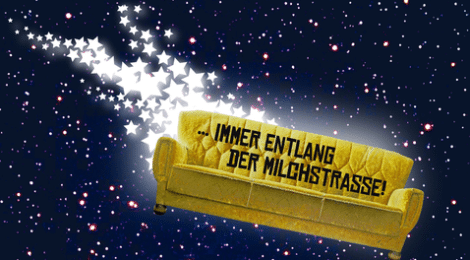 “on screen” takes a look at the interface between TV and film and contemporary music. A very special highlight will be the world premiere of the specially commissioned work “Das Leben am Rande der Milchstraße” (in English: Life at the Edge of the Milky Way), a sitcom-opera in seven episodes with music by Austrian composer Bernhard Gander. For the project, the Wiener Konzerthaus’s Berio Hall will be transformed into a state-of-the-art television studio. Structured as a sitcom – possibly the most popular format of our time – the sitcom opera will confront the audience with social issues and problems in a humoristic way, with each episode lasting about 25 minutes. Also on the program are works documenting the very personal exploration by different contemporary composers of the fascinating medium of film.

Erste Bank has awarded its Erste Bank Composing Prize every year since 1989 to outstanding young composers. In 2014 the prize was awarded to the Austrian composer, music manager, dramatic adviser and ensemble leader Reinhard Fuchs. A number of his compositions will be presented during the course of the festival. Reinhard Fuchs will not only appear as a composer at WIEN MODERN in 2014, but also as artistic director of the Austrian ensemble PHACE, a position in which he skilfully combines different areas of activity characteristic of today’s music scene. The world premiere of his work “MANIA” by Klangforum Wien as part of the Erste Bank-Composing Prize also provides a link to the “on screen” blue series.

The Arditti Quartet is a regular guest at WIEN MODERN and is celebrating its 40th anniversary this year. On two evenings the ensemble will be playing all eight string quartets by Georg Friedrich Haas. For this occasion, the music label col legno will release the CD “Pandora’s Box”, which features the Arditti Quartet with their live recordings from WIEN MODERN 2013 and premiere recordings of works by Rebecca Saunders, Benedict Mason, Luke Bedford and John Zorn.