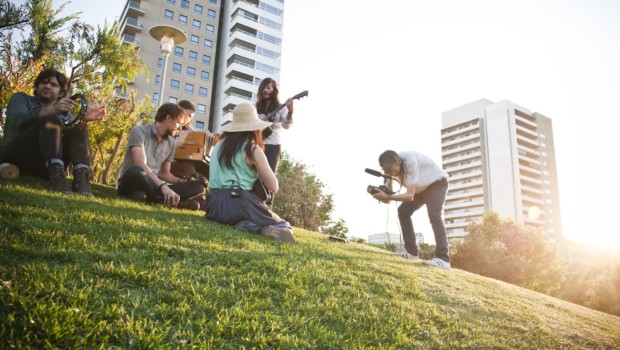 Bridging the time until the Eurosonic Festival in January 2014, the Viennese video blog collective They Shoot Music Don´t They will present several of the selected artists with six minute video portaits. These “At Home Sessions” are a series of intimate portraits of Austrian musicians filmed at locations that have a special significance to their careers. Fancy hotel suites, cosy private homes, moody studios: for the “At Home Sessions” series They Shoot Music portrays artists in their personal environment and visit them at their places of inspiration and creative production. 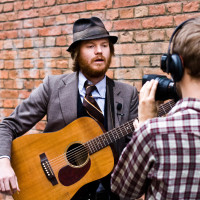 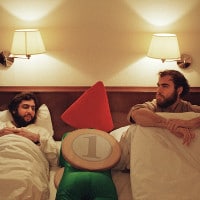 They Shoot Music Don’t They is a collective of pop culture enthusiasts, film makers, web producers, and photographers. They started filming unique offstage performances of artists in unusual – mostly urban – settings in 2007 and are currently producing media for various festivals, lifestyle, culture & city brands. They are based in Vienna but have worked in many cities across Europe – from Porto to Copenhagen, from Edinburgh to Barcelona. The stripped-down sessions usually feature internationally acclaimed as well as local bands, are unannounced, spontaneous and can take place literally anywhere. Their aim is to capture an intimate musical moment and a snapshot of the everyday life of people and places. Since their beginning they developed various filming projects all over the world with the aim to show music in it’s natural environment.

Together with the Austrian musician Sweet Sweet Moon the film crew even launched a crowdfunding campaign to be able to tour through South America, visiting his biggest fans on the other side of the world. At these shows – from the backyard of a village house to a natural amphitheater and the main square of Córdoba – They Shoot Music were on the spot to collect filming material of the tour. The resulting documentary “Fuck The Atlantic Ocean“ will be celebrating its world premiere at the Eurosonic Festival in Groningen.

It’s World Savings Day! On this special occasion Leo and Lukas of Koenigleopold have invited us to their hotel suite to talk about art & life in general. Even though their new, critically acclaimed album “Eure Armut kotzt mich an” is about to be released, the full-bearded, sturdy duo is not all roses. In their imposing four walls these sensitive and prestigious gentlemen share their deep concerns about the banking crisis and present their personal bailout package: 1 euro for each CD sold goes to bank rescue! This generous gesture is well received by their fans and the tabloid press as the album-release show at Radiokulturhaus proves. To change the world for the better was never so much fun.

*Eurosonic Noorderslag is the most important showcase festival in the European live music industry. The 28th edition of the Dutch festival will take place from Wednesday 15th to Saturday 18th January 2014 in Groningen, the Netherlands, with the spotlight pointing to numerous performances by Austrian musicians. 18 local acts – from Attwenger to The Vegetable Orchestra, from Fuckhead to Trains Of Thoughts – will form the “Focus on Austria” at Eurosonic Noorderslag 2014.