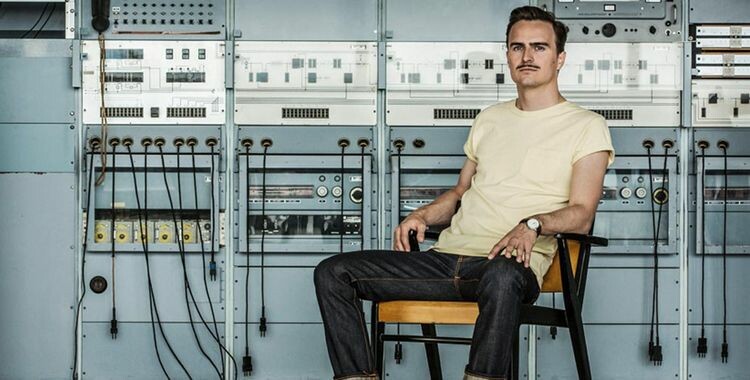 Artist Portrait
Social media can be a great facilitator for making the leap over the pond. Of course it also takes talent to draw the right attention to yourself. But first, let’s start at the beginning of Cid Rim’s success story. The multi-instrumentalist Clemens Bacher has been making music for quite a while now and has long been cultivating the sound that he is known for as Cid Rim. As a free jazz drummer, he also plays in the eccentric collective JSBL, whose style can be described as a unique blend of jazz and electronica that is spiced up with an abundant dose of nostalgia. JSBL has its home at Affine Records, which has gained a considerable international reputation for its exquisite and manifold artist roster.

Even though the members of the Affine Records family have a tight bond and share similar objectives in the area of style discovery, the sonic realms of each artist differ – the sounds of Dorian Concept are more squiggly, The Clonious edgier and Ogris Debris more playful. Despite constant work on a solo career, Cid Rim did not release anything for a long time. According to Cid Rim there were just too many disjointed tracks to fit on a record. The lucky door then opened for him in 2010 when he went to play a concert with Dorian Concept in London. After the gig they both had a dinner with Hudson Mohawke and the creative minds of the label LuckyMe Records to exchange ideas. The English colleagues were quite impressed by the Viennese musicians and so they stayed in contact via Twitter.

After his inspiring London visit, Cid Rim changed his approach and began to use the piano for his songs. The new chords turned out to be the missing link and connective element on the demo record, which he immediately sent to his new friends in London. Luckyme liked what they heard and soon enough Cid Rim’s self-titled LP debut was released in 2012. On his debut he combines club elements with a jazzy influence. The opener “Amuse-Ta-Guelle ” with the playful epics gives a good insight into all the corners and edges of the album. The whole album reveals a bounty of catchy songs, like the IDM track “Snaredrum Therapy” that makes you want to ecstaticly rotate in a circle, or the disoriented “Manage Expectations”, which enfolds hidden Asian sounds and stroboscopic beats that keep your feet tingling to the music.

With this album, Cid Rim not only left a lasting impression in Austria: In England his songs are played on the radio and his concerts are well attended. Cid Rim‘s continuous desire to evolve is proven on his new EP “Mute City”. Compared to his debut, a lot of new details and interesting samples have been added. You can almost feel the fun he must have had producing his tracks. Besides all fun and games, Cid Rim never loses the focus in his music and alway follows a well thought out concept. This noticeable precision in his compositions is one of his greatest strengths.
With new songs in his repertoire, Cid Rim is now embarking on a winter tour through various European countries, including France, Slovakia and the Netherlands.