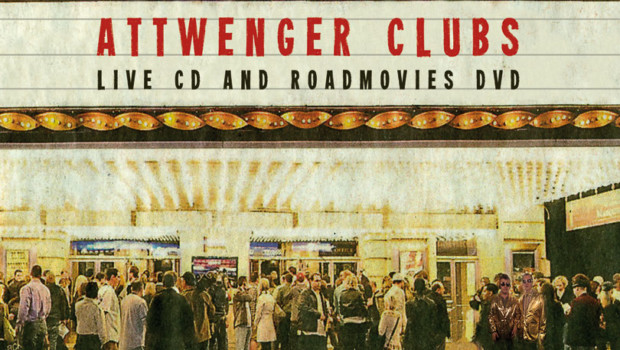 Over the past two decades hardly any other music formation has influenced the Austrian music scene as much as the band Attwenger. From the very beginning the Upper Austrian duo consisting of Markus Binder and Hans-Peter Falkner have inspired many music fans at home and abroad with their unique crossover mix of polka, rock, punk, electronics and hip hop, and have made a major contribution to the musical diversity of this country. Twenty years are definitely reason enough to celebrate and take a look back on the musical output with the live CD/DVD “Clubs”.

In Austria Attwenger are considered the pioneers of “new folk music”. However, reducing their entire work alone to this one term seems inappropriate. In matters of style, the two musicians Markus Binder (drums, vocals) and Hans-Peter Falkner (accordion, vocals) have always tried to pry away from simple categorizations. Constantly bringing new and different sound worlds together, their music also has a certain casualness that is seldom found elsewhere. Folk music disguised in pop and electronics, traditional accordion sounds veiled in the urban club context? Looking back 20 years ago, this combination, paired with critical German dialect lyrics, almost equaled a musical revolution. Today, two decades later, the once unique sound has found many, many imitators.

What also always defined Attwenger was the outright refusal to remain in the same musical position. As impressively shown on the last album “Flux” from the year 2011, the two Upper Austrians still strive to develop themselves and their music with their constant openess to new genres. This of course has the exciting and interesting side effect that you never really know what’s coming next.

The recently released CD “Clubs” reveals far more than ordinary live recordings of concerts. The album includes still largely unknown productions, as well as revisions of well-known tracks, that have been worked on in the last 10 years. As if that were not enough, the album is also complemented with a DVD showing two road movies that have been filmed by Markus Binder with a mobile phone during the stages of Attwenger’s U.S. tour  in 2012. A beautiful document of one of the most influential Austrian bands of today and a must for every fan.
Michael Ternai
(translated from German)