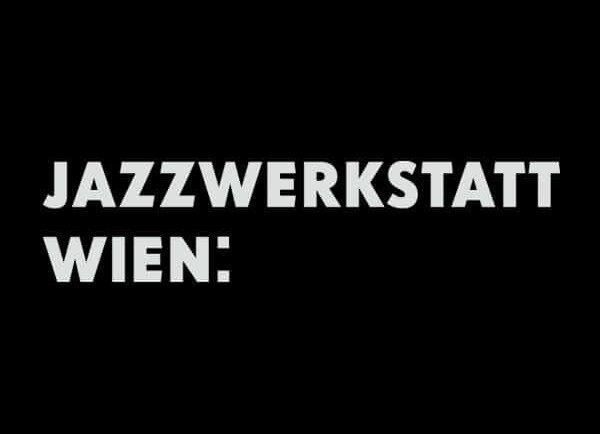 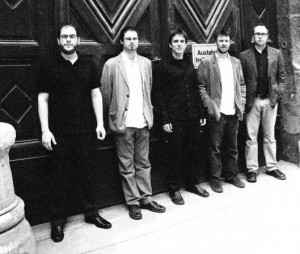 A place to attempt new and unusual ideas, a platform for young and talented musicians who are no longer content with following old traditional paths but rather seek to break boundaries, a place liberated from any blinkered thinking in order to realize exciting musical visions, a first point of contact for innovative local jazz experiments with protagonists indulging in new ways and forms of improvisation – these were the intentions of the Jazzwerkstatt Wien at its foundation in 2004. And this is exactly what it has become. When speaking of today’s Austrian jazz scene, you cannot get by without mentioning this important and internationally recognized collective of musicians.

“The idea was to look for people who had their own ongoing projects and played their own music. Some of us hadn’t even met before. I, for example, was once given two CDs with rehearsal recordings from Peter Rom. The CDs were full of tracks which sounded like studio recordings.  And I thought to myself, I need to collaborate with this guy. Clemens Salesny knew Daniel Riegler from some other project and told me that he writes a lot of music going in the direction of composition. And so on. At some point the six of us gathered together and founded the Jazzwerkstatt Wien”, said Clemens Wenger about the beginnings of the Jazzwerkstatt Wien in a mica-interview in 2009.

The plan of the six jazz musicians was to create a professional musical platform in the spirit of openness to all directions, a place of creative expression and artistic development. The first projects already proved that the protagonists would not let themselves be restricted in any manner and were obliged to tread many new musical paths. As an overarching theme, the only requirement  was to deal with the concept of jazz as unpuristically as possible and to celebrate this freedom in all forms. “The Jazzwerkstatt is not supposed to be a closed nerd group. We all come from different disciplines and have learned different things. Daniel Riegler comes from classical music, he studied classical trombone and worked with classical ensembles, such as the Klangforum, and he teaches us how to rehearse more efficiently. Wolfgang Schiftner is an incredible improviser and shakes the craziest things out of his sleeve, Peter Rom is very precise and has a lot experience. This all mingles together in the Jazzwerkstatt”, said Clemens Wenger in 2009.

Soon enough  some very exciting CD productions were produced with a stylistic range that extended from contemporary and cross-genre compositions to the avant-garde improvisation. In order to document and also promote their work, the six musicians decided in 2005 to found their own label. In the same year they also organized their first Jazzwerkstatt Festival, which was very well-attended  and brought jazz music in all its facets and forms closer  to the Viennese public. The increasing popularity of the Jazzwerkstatt also settled its position in the local music scene. Especially for musicians of the young jazz generation, the association, which was awarded with the Hans Koller Prize for “Newcomer of the Year” in 2006,  has become an increasingly important collaborating and networking point.

With their idea of a creative music workshop for the younger generation, Clemens Wenger, Clemens Salesny, Wolfgang Schiftner, Daniel Riegler, Bernd Satzinger and Peter Rom, not only aroused attention in this country. The word of this ambitious musical project soon spread beyond local borders. Musicians and composers from other countries, such as from Switzerland and Germany, soon recognized a successful model in the Jazzwerkstatt Wien and founded similar oriented associations in their countries. In addition, many invitations followed to internationally renowned festivals, such as the New Jazz Festival Moers, Jazzfest Wiesen, Jazzfestival Saalfelden, Jazzfestival Vienna, Festwochen Wien, to just name a few.

Today, the Jazzwerkstatt Wien, currently involved in two very interesting event formats, the cross-genre festival Vienna Roomservice and the ZOOM! concert series, as well as its six founders, are an integral and irreplaceable part of the local music scene. Besides their joint project Jazzwerkstatt Wien, Clemens Wenger is currently redefining the traditional Viennese song with the ensemble 5/8erl in Ehr`n , while Daniel Riegler opens the doors to all forms of performance with his spectacular large jazz ensemble Studio Dan. Bernd Satzinger, Peter Rom, Clement Salesny and Wolfgang  Schiftner have also been quite busy in all sorts of innovative projects and formations.

It just shows, jazz music in Austria is cultivated on the highest level and in all kinds of forms. Fortunately this is now also heard, seen and recognized outside the local scene. With a great deal of enthusiasm, openness and love for music, the Jazzwerkstatt Wien plays a major role in this positive development.