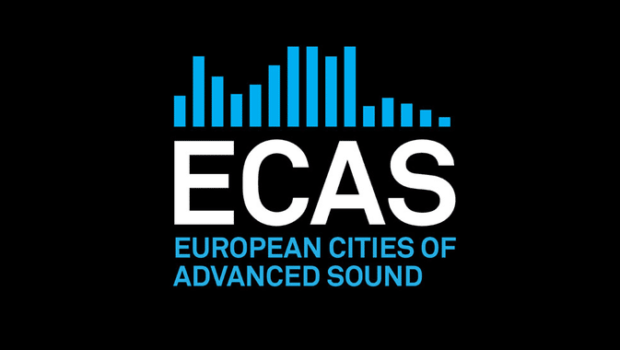 The European Cities of Advanced Sound and related arts (ECAS) network is looking for a talented, open minded critical/experimental artist or artist collective, who share(s) our interest for experimental advanced music and related arts. The artist / collective will be asked to follow the last term of our ECAS project from September 2014 until May 2015 in order to create an artistic documentary. ECAS is a network project involving nine partner festivals from Germany, Belgium, The Netherlands, UK, Norway, Latvia, Poland and Austria.

The aim of the documentary is to gain an artistic, outsider perspective on activities within the final stage of the project, titled “Networking Tomorrow’s Art for an Unknown Future – Tools for an Unknown Future”. As this call is a call for an artwork, you are invited to respond with creative freedom on form, structure and approach, while keeping in mind the ECAS project’s interest in collaboration, capturing the general atmosphere of each organisation/festival, and delivering close ups on special ECAS-related activities and the people involved therein.

The final result should definitely be a piece of art rather than a traditional journalistic piece. If possible, it should both reflect on the nature of each ECAS organisation/festival while also putting it in relation to other members within the network, in order to transfer the network’s essentials and spirit to the general audience. The aim would be that a non-involved public gets a broad idea of the different partners, organisational project members, their characteristics, unique or shared features and perspectives, in short: an impression on ECAS – a European project, its dynamics, its nature, its visual and auditive image. The differentiation between partners should be equally palpable as the common spirit of ECAS. Please keep in mind that ECAS is part of the bigger international network ICAS – International Cities of Advanced Sound and related Arts (www.icasnetwork.org)

Distribution: The documentary will be promoted through ECAS media partners as well as other renowned media channels. It will also be spread via social networks of the different ECAS and ICAS network members.

It is mandatory that you or a member of your team is present at each of the below festivals and events. Travel and accommodation costs will be covered, on top of the commission fee.

Your stay at each site must be agreed upon individually with each corresponding ECAS partner, depending on your concept.

The artwork must be submitted by the beginning of May 2015 (proposed date 1 May). It will be premiered in Berlin, Germany within the project’s final activities in May 2015.

This commission involves the production of the following formats:

Ongoing output during the project’s timeframe: e.g. teaser, trailer or similar, for web
Final product: Depending on its nature e.g. a video or audio format should have a length of 25-45min, other media should be adaptable for web.

We offer / Your benefits:

Questions may be sent to info@ecasnetwork.org (link sends e-mail)