Not too long ago, women had a hard time breaking new grounds in the still male-dominated DJ scene. A pioneer of this development was Susanne Kirchmayr, who decided in the mid-nineties to try the  “unthinkable” and pursue a career as a female DJ. Today, known under the name of Electric Indigo, Susanne Kirchmayr is not only one of the most sought after DJs in Austria, but has also established an excellent reputation for herself around the world. Besides her work as a DJ and producer, she also owns a record label and has founded the network database “female:pressure”, which plays an exceptional role in empowering women in the electronic music scene.

Musicians and acts from the local pop/rock/electronic or alternative music scene who have actually managed to achieve international success are quite rare in Austria, but in this case Electric Indigo is quite an exception. Since years the Viennese DJane has been standing at the top of the local electronic music scene and has been able to hold this A-list position up to this day.

Rather by coincidence, Susannne Kirchmay first received the  chance to spin the records in a Viennese bar in 1989. She soon developed an incredible passion for disc jocking and decided to continue working behind the turntables. Of course a sounding stage name had to be found, which would catch the audience’s ear. Her name was inspired by a friend who suggested to literally cross her passion for electronic music (Electric)  with her favorite color. The pseudonym Electric Indigo was born and has stayed to this day.

As a teenager, Susanne Kirchmayr originally related to the hip-hop, funk and jazz environment, but one fine day she got her hands on some tracks from Chicago and Detroit. This was a crucial event for this artist’s musical development. Infected by the techno virus, Electric Indigo paid her homage to her new musical heroes DJ Rush, as well as Jeff Mills and Mike Banks from the Underground Resistance label, which had all established their completely own new sound – minimalistic, hard and fast techno. In the beginning, these new styles found very little public recognition in Austria. Yet thanks to Electric Indigo, who played their tracks in the local clubs,  this music finally became acknowlegded.

After the fall of the wall in the early nineties, the city of Berlin had an incredible spirit of optimism which almost magically attracted creative people from all over the world. Within a short time,  countless scenes sprouted from the underground and interacted with each other. No wonder that Susanne Kirchmayr also took the chance to get inspired by the German capital city. It was the ideal place for an artist like Electric Indigo to gather new impressions.  As soon as she set foot on the Berlin ground,  she started working at the world famous Hard Wax Store, where she was responsible for the record purchases as a store manager. At the same time she met the then already famous DJ Hell, with whom she released, the “Split 12” and “Ultra World Vol. 1” on his Disko B imprint. The first steps up on the big stage were made. 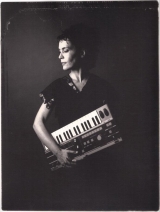 After three years in Berlin, Susanne Kirchmayr finally returned back  to her hometown, where she set up her own studio and founded her own record label. The concept of her label Indigo Inc. has far more to offer than an ordinary label and is connected to a database named female:pressure, which operates as a networking platform in the widest sense and offers female media professionals the opportunity to get into contact with each other and build further creative networks. The response was tremendously positive. With the foundation of Indigo Inc. and female:pressure, Electric Indigo took a huge step to evolving as a complete media artist.

Despite her increasingly  time-consuming activities, Electric Indigo has constantly been refining new tracks and creating mix CDs. At the new millennium she released two of her most successful tracks: “USA” and “The New Electro”. It was hardly surprising  that she was then booked for the legendary Detroit Electronic Music Festival, as well as for performances in China, Berlin and elsewhere. 2003 continued with the “Six Tracks EP 1” and the successor Vol. 2,  which were released on her own label Indigo Inc., and the double mix CD “Welttour”, produced together with the Germany DJAcid Maria.

Susanne Kirchmayr has not only enjoyed many successes behind the turntables, but has also gained a lot of respect for her many collaborations with artists from other genres. In 2004 she initiated the project Colophony Circuit, together with the violinist Mia Zabelka and the theremin virtuoso Dorit Chrysler, which combined the three musicians from the seemingly incompatible genres contemporary music, electronic and techno. Expeditiously, the trio was invited to perform at the Reinventing Radio Show in the Viennese RadioKulturhaus, which was broadcasted twice on the prestigious local radio station Ö1.

Taking a creative break does not really seem to Susanne Kirchmayr’s thing.  She manages to bring out at least one release a year, often more. And her pleasure in spinning the records has not decreased up to this day. At the moment, she is truely into electronic music , which of course allows no foresight on future activities. Electric Indigo has consistently followed her own path and has always surprised her fans, which they very much appreciate. As they say, never change a running system.