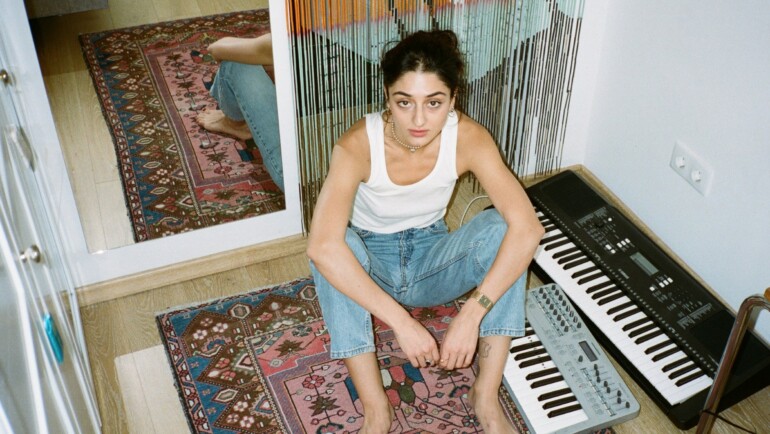 Sofie Fatouretchi is a painter, DJ, radio host, violinist and former creative director for the Boiler Room. As Sofie she has now released her debut album “Cult Survivor”. In the interview she’s telling us what dreaming has to do with criticism of capitalism and how well she can write songs in her sleep.

“I had an exhibition opening last week for which I worked very hard. But then it was a bit too much, too much back to reality,” says Sofie Fatouretchi in a video chat interview about the time after the lock-down. During the curfew she painted a lot, big paintings that ended up taking up far too much room in her Viennese apartment. Vienna is her second home, so to speak, because Sofie Fatouretchi was born in Palo Alto and only moved to Austria as a teenager.

With her talent for the violin she made it to the Vienna Conservatory, but preferred to swap her career as a classical musician for a life on the US West Coast. In LA she applied for an internship at Stones Throw Records, for which she finally worked for four years. At some point Sofie Fatouretchi also helped to build the Boiler Room in the USA, and in London she appeared as radio host for the station NTS. Her voice is also known on FM4, in her show “Sofie’s Tapes” she digs deep into her record collection and presents her treasures. But now it’s time for the multi-artist to release a record herself. “Cult Survivor” is the debut album that was never planned, released on June 26 on Stones Throw Records.

Lo-Fi-Pop made in the basement 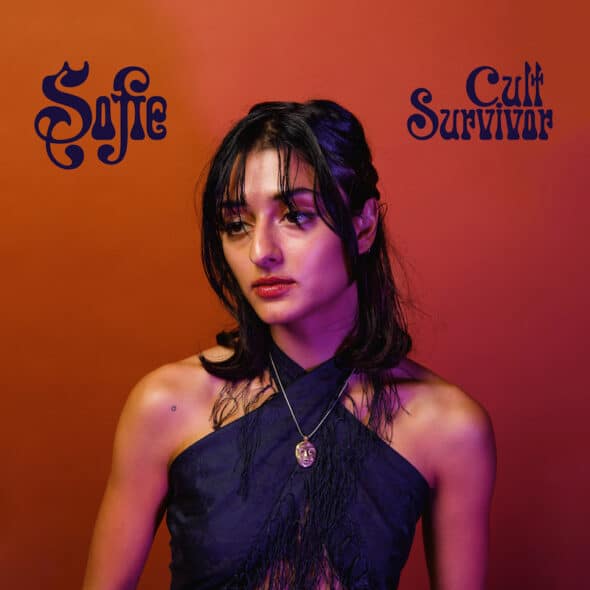 “When the songs were written, there wasn’t anything at the back of my mind like they might see the public daylight,” says Sofie. In fact, the making of the songs on Cult Survivor has little to do with daylight. She wrote the twelve tracks in the basement of her university, a rehearsal room of the University of Applied Arts in Vienna with an old keyboard. There the artist recorded herself on a smartphone without thinking about an actual release.

When her former boss at Stones Throw Records – Peanut Butter Wolf – is asking her how things are going in Vienna, Sofie sends him the mobile phone demos. At the end of the e-mail conversation the album contract is signed. But the atmosphere Sofie created with the university keyboard in the basement was not to get lost on the record. “I wanted to keep that sound from the rehearsal room, the way the keyboard sounded, that everything wasn’t that perfect, and that came out very well in the song ‘Truth of the Matter’ for example, because that really should be as close as possible to the first mobile phone recording of the song”.

Dreams Are My Reality

On her debut album Sofie takes on the theme of fiction from various perspectives. In her lyrics she creates a parallel universe for herself. What at first glance sounds a bit like “l’art pour l’art” has more to do with a criticism of capitalism. “There are these short stories by Ottessa Moshfegh, the book is called ‘Homesick For Another World’ and I read it during that time. And this longing is certainly also a theme for me, a longing for nothing concrete, but for a world in which there’s not this indoctrination of capitalism in which we are so trapped.

Sofie longs for change and creates it in a dream world. The single “Asleep” is also such an escape-from-reality ballad on “Cult Survivor,” as Sofie says: “It’s all about hoping for something, or having very high expectations, and that these are often so unimaginable or unrealistic. That it’s actually best to just dream them up. And just let reality be reality.”

“Every time I close my eyes / I get to be

with you / I know it’s really not that deep /

That’s why I rather stay asleep”

Sofie the musician is pretty good when it comes to dreams: she can even dream up her future songs in her sleep. “I went to sing karaoke a lot and then I had a dream: We sang a duet in a dream and the song was ‘Georgia Waves’. I got up and wrote down the song and it became ‘Georgia Waves’,” she says.

On “Cult Survivor” the keyboard takes up a lot of instrumental space, but on “Georgia Waves” the electric guitar is very convincing with a howling solo along with Sofie’s melancholic, polyphonic singing.

Sofie finds inspiration in a wide variety of books while songwriting in the basement. Not only “Homesick For Another World” influences the Viennese by choice, there’s also a tribute to the American poet Paul Guest on the album: In “Guest” Sofie recites verses by the poet she admires in a weightless slow-motion sound.

„I am too old / to learn your name in any

other language / I am on road / almost there

Not only poems flow into Sofie’s songs, but also simple book titles create a vivid fiction in the artist’s songwriting head. The title of the track “99 Glimpses” is reminiscent of a biography of Princess Margaret, the younger sister of Queen Elizabeth II, but in Sofie’s parallel world, “Prince” Margaret prevails instead, “in a fictional country on another planet”.

Musically, Sofie’s parallel universe sounds like pop nostalgia with lots of lo-fi aesthetics. Sofie’s unexcited singing that has a touch of Nico in it, does the rest. “Cult Survivor” is thus a successful soundtrack for daydreaming, which by the way is also one of her hobbies: “That’s really crazy! You’ll never get anything like that in the real, physical world, what you can imagine in your dreams!”