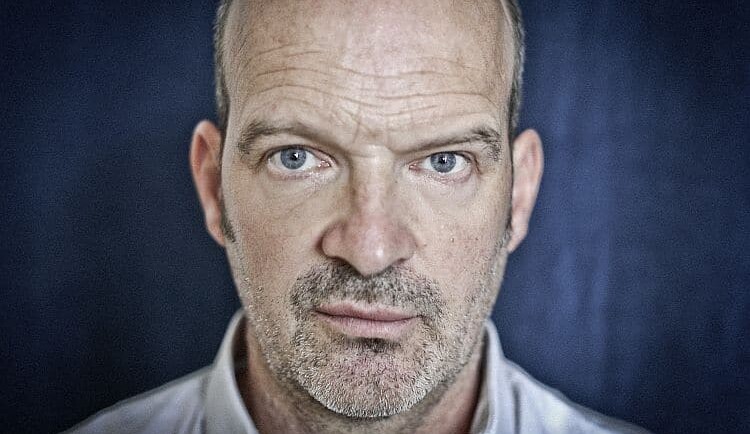 After two highly acclaimed releases with his quintet, jazz guitarist WOLFGANG MUTHSPIEL returns to the trio format on his new album “Angular Blues” (ECM Records). In his new tunes, playing with drummer BRIAN BLADE and bassist SCOTT COLLEY, he’s creating a wonderfully flowing jazz sound of comforting warmth which is accessible in a very gentle way. WOLFGANG MUTHSPIEL talked to Michael Ternai about his reasons for returning to recording as a trio, the special significance the acoustic guitar has for him and how he interprets jazz for himself.

“Angular Blues” is the first album in a long time recorded in a trio format. What made you take this decision?

Wolfgang Muthspiel: After the quintet albums I simply felt like working in the trio format again. Basically, the trio line-up is actually my core discipline, since I took my first steps in jazz in this format, conjointly with Alex Deutsch and Peter Herbert. We played together a lot then, rehearsed obsessively and explored a lot. And we did it with great dedication. During that time the trio became my most important line-up. What I find particularly appealing about a trio is that you can shape a great deal yourself, especially when it comes to harmony.

When I received the offer for concerts in Tokyo, I immediately asked Brian and Scott if they would like to play these concerts with me. After they had accepted, I immediately set about writing a special program for us. The fact that we immediately recorded the album there arose from a relatively spontaneous decision. I had the feeling that the tunes really worked out well and that a pretty nice flow was created in which we felt very comfortable. After the six concerts we went straight into the studio and recorded the songs in one afternoon.

You have played and recorded a lot with bassist Larry Grenadier over the last few years. With Scott Colley a new bassist is now on board. Is this your first time playing with him?

Wolfgang Muthspiel: No. I already played with Scott in New York in the 1990s. He can also be heard on one of my very early albums. I think, on “Daily Mirror”, the first release on my label “Material Records”. Rebekka Bakken was singing on that one. And Brian was on drums too. That was in 2001.

“THE ACOUSTIC GUITAR STANDS FOR A COMPLETELY DIFFERENT SOUND […]”

On your new album there are even three tunes which you’re playing on the acoustic guitar. That hasn’t been the case for some time now.

Obviously the combination of acoustic guitar and drums, which is also found on the album, is not entirely problem-free, since the drums are much more dominant in terms of volume. But with Brian Blade it always worked very well. He’s always very interactive in his playing, but he doesn’t cover up the acoustic sound of the guitar.

Some standards too are here again, after a very long time.

Wolfgang Muthspiel: I thought to myself that I can definitely fall back on standards again as I’m playing in a jazz club with these two musicians. Now, playing standards is not something unusual for me. Except at concerts, I’ve always played standards and have been working on them for ages. This time I thought it was just fitting to make them publicly available on a record once more. For me, standards are somehow a core discipline of jazz. They are a fundamental information that somehow connects almost all jazz musicians with each other.

“ONE CREATES A SPACE FOR ONESELF COMPOSITIONALLY WHICH ONE CONSTANTLY NEEDS TO ANIMATE AND EXPAND THROUGH IMPROVISATION.”

Would you actually call your new album a classic jazz album? How do you define jazz for yourself?

Wolfgang Muthspiel: For me, jazz is about how to deal with improvisation, the fact that pieces written on paper cover one or two A4 pages, but last eight minutes when they are being played. You create a space for yourself compositionally which you constantly need to animate and expand through improvisation. Most of the music is created in the spur of the moment, in the conversation that you’re having about this space. This is the jazz element of my music.

Which basic idea, which concept lies behind the album?

Wolfgang Muthspiel: There’s no concept with a name behind the album. Rather, it was my concern to provide the trio with material that leads to a kind of conversation that goes beyond the clichés of jazz. But not even this idea was concretely formulated.

Actually, I’m always on the lookout for pieces that have a certain mood for me which I’d like to get into. When I’ve found these cells, I try to expand them compositionally in such a way that a strong building is created in which we can then act as a trio. It’s also about not writing too much. But also not too little. It should be specific, but at the same time free enough.

“Hüttengriffe” for example is probably the easiest piece I’ve ever written. In principle, anyone who’s only been playing guitar for two months can play it as far as the chords go. It’s very simple and therefore the title “Hüttengriffe”. The piece is about playing with the idea of beginning, with the idea of the amateur, which is a nice aspect of the guitar, because in this it is very different from other instruments. I also knew that I could play this piece very well with both of them, because they aren’t trying to make it complex in a somehow crampy way.

Is it part of your self-conception that you as a band leader also offer your fellow musicians room to unfold? Obviously, for you the music as a whole is in the foreground and not the display of your own abilities.

Wolfgang Muthspiel: Absolutely. I would even say that I’m absolutely dependent on the contributions of others. I do need them, absolutely. If I feel that I only want to speak my own language, I’ll play a solo concert. As soon as you’re playing with other musicians, you are grateful for every contribution they are making. And what’s more, my whole improvisational world is very much connected to what the others play. That’s my way of being an improviser. The most satisfying moments I’m experiencing in music are always the very interactive ones, the ones that are aware of the moment and celebrate it. I find it very exciting when from one concert to another something different happens within one and the same tune.

You have been releasing recordings on “ECM Records” for years. To what extent does it help you to work with such a renowned label?

Wolfgang Muthspiel: The fact that I can do it on this label is great for me, because it was very important for me in my own development. A lot of music from this label has influenced me significantly. It’s a fantastic place where I can make my music. I‘m very grateful for that.

“WHETHER IT’S AFTER AN ENTHUSIASTIC HYMN OF PRAISE OR A SCATHING REVIEW, YOU ALWAYS HAVE TO REMAIN TRUE TO YOURSELF.”

How important is positive feedback to you?

Wolfgang Muthspiel: Of course any positive response is helpful, it favors the working conditions. But you have to be careful not to confuse your own view of the music with that of others. In all respects. No matter whether after an enthusiastic hymn of praise or after a scathing review, you always have to remain true to yourself.

Positive feedback is nice and sometimes one or the other positive criticism can really help in the sense of promoting the music. Then it might become easier with the booking. That is already an important aspect.

In a strange way I believe or rather I’m sure that critical/public reception and one’s standing in the business are not really a feedback about the quality of the music. I’m grateful that things are going well, but there are so many cases where this relationship is disparate in one direction or another. There’s a lot of very successful stuff that is super uninteresting and a lot of super interesting stuff that is unsuccessful.

It takes a lot of effort and idealism to make this whole thing work. It’s not like I’m waking up and can choose from twenty offers. You have to weigh all this very carefully. None of this is a sure-fire success. Without this dedication and unconditional devotion it is not possible. It’s the same story for all the musicians who ultimately want to do this for a lifetime.

You are enjoying a high standing in the international jazz scene by now. The people you play with are among the greats. What is so special about working with such people?

Wolfgang Muthspiel: I actually always work with a pool of musicians that I’ve known for ages, like Brian Blade or Larry Grenadier. Usually these are long-term relationships.

I think it’s a certain expression of my guitar playing that they like to deal with. It’s an honor for me that they are playing with me. They don’t have too much of a business reason to do it. They just want to do it. It’s a kind of interplay. You learn from each other, you spend time together, you decide to spend a certain amount of your lifetime together, and so on. That’s why, when I’m writing my tunes, I always think about my fellow musicians, for them to sound as good as possible and act as freely as possible.

What are your expectations regarding the album?

Wolfgang Muthspiel: It’s still very early. I have gotten very few reactions so far. I just hope that it will be heard a lot and that it’ll open up many new spaces for me in which to play this program in the future. But all that’s still a wee bit in the stars. Let’s see what happens.

Michael Ternai – translated from the German original by Julian Schoenfeld

Note: The interview was held before the outbreak of the corona crisis.