Europavox is a global project entirely dedicated to the promotion of European musical diversity. Since its creation in 2006, the festival has welcomed over 360 bands and artists, 120.000 festival-goers and more than 2.500 professionals. The festival’s ambition is to display Europe in a positive light, with a human approach and prove that ‘unity in diversity’ can apply to young Europeans in creative fields such as music. Europavox is held every year in the region of Auvergne, in Clermont-Ferrand, and has become one of the key actors in the European music business.

EUROPAVOX ON TOUR: MAY 6 – 17, 2014
Prior to the festival, Europavox will hit the road and travel the country to present some of the best European music artists of the moment. After the success of its first edition in January 2013, the Europavox tour 2014 will be held under the sign of culture and citizenship. The tour will visit various cities (Paris, Bordeaux, Lyon, Nancy, Clermont-Ferrand, etc.) and offer meetings and concerts with selected European bands.
Link: www.europavox.com/tour-from-6-till-17-may 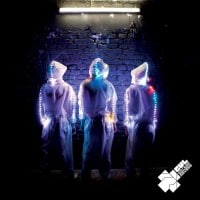 They look as unlikely as their name sounds. Which is no surprise if you know how their project came into being, on a drunken and loud New Year’s Eve. During this changeover, from the year 2008 to 2009, in Vienna, Daniel Helmer and Julian Skone, afterwards joined by Christoph Mateka, had the idea of Gudrun Von Laxenburg. Their sole duty being to make people dance relentlessly, sweatingly and cheerfully, the trio create a “tekkno-punk madness”, an explosive cocktail based on drums, vocoder and analogical synths where BPMs never fall below 170! And rumour has it that on stage, somewhere between surprise parties and happenings (frenzied lights, images projected in tune), these three even succeed in making the walls sweat. And the ceiling, too.
Links: www.gudrunvonlaxenburg.com | www.facebook.com/gudrunvonlaxenburg