It is quite magical when Dorit Chrysler raises her hands to charm sounds out of one of the world’s oldest electronic instruments – the theremin. Without physically touching the instrument, the ghostly sounds are generated in the electromagnetic field between the theremin’s two antennas  – one determines the pitch, and the other controls the volume. With the combination of the theremin’s haunting sounds and Dorit Chrysler’s extraordinary and powerful voice, Dorit Chrysler creates music somewhere between seductive pop and experimental music that at first sets you in awe and then makes you shiver with excitement.

Born in Graz, and now living in New York, Dorit Chrysler has made an international name for ​​herself as a singer, multi-instrumentalist, producer and sound engineer. Looking back, Dorit Chrysler’s musical calling started at a very early age. At the age of seven she already sang in an opera choir, started her first rock band at thirteen, which were followed by many formations and finally led her to New York where she played in the experimental rock band Halcion. 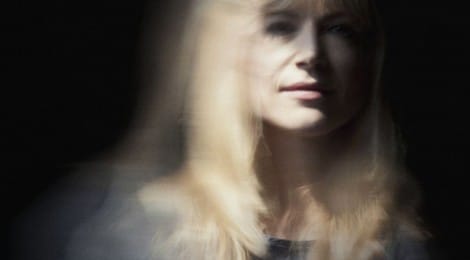 With the theremin, a strange looking, futuristic machine played completely without physical contact  and created in 1919 by the brilliant Russian physicist Lew Sergejewitsch Termen (1896-1993), she finally found her perfect way of musical expression and has ever since become a master of this instrument. Although the theremin is mostly associated with film soundtracks for movies with arrivals from outer space or hair-tugging psychotics, in rock and pop music the theremin adds a special touch of the avant-garde. Today Dorit Chrysler is one of the world’s leading thereminists and is co-founder of the New York Theremin Society.

Dorit Chrysler’s list of notable collaborations is quite long and impressive. She has played with the likes of Foetus, Chicks On Speed​​, Tocotronic, Elliott Sharp, Judah Bauer (Cat Power), Matt Johnson (The The), Cluster, Electric Indigo, Neon Indian, Gordon Raphael (The Strokes), Lary Seven, Jason Forrest, Oh Land, Trentemøller, and has shared the stage with Alexander Hacke, Amon Tobin, Dinosaur Jr., Blonde Redhead, Marilyn Manson, Mercury Rev, Oingo Boingo and Echo &  The Bunnymen. As stated on her website, one of the highlights of her career was after performing Lee Hazelwood’s “Hey Cowboy”, when Lee Hazelwood himself complimented her with “you sang it better than Nancy (Sinatra)”.  Even Lydia Kavina, the grand-niece of the theremin inventor has named Dorit Chrysler as one of the best theremin virtuosos in the world.

Besides performing across the globe, Dorit Chrysler has also built a reputation for herself in electronic music circles and has performed and collaborated multiple times with the acclaimed  Danish electro producer Trentemøller. To return the favor of her contributing to Trentemøller’s album “The Great White Yonder”,  Trentemøller just recently released Dorit Chrysler’s EP “Avalanche” on his label In My Room. The five tracks of the new EP convey a bizarre and enchanting energy that carry you off to a dreamy musical sphere of the unknown. Exciting to the very last tone.