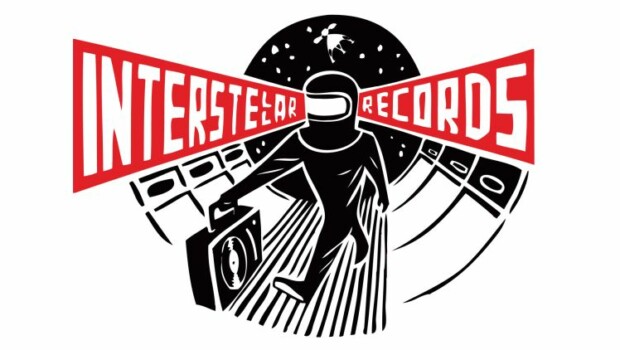 Founded 20 years ago, the INTERSTELLAR RECORDS label is one of the most active and multifaceted hubs of experimental music between noise, free jazz, ambient, post-rock, electronica and whatever else is “on the edge” and permanently in process. The label also stands for a D.I.Y. ideology that is decidedly about collective practices beyond music. Didi Neidhart met with label co-founder RICHIE HERBST for an interview.

How did Interstellar Records come to be founded and what was the “label philosophy” behind it?

Richie Herbst: “We do what pleases us and the artists; not to please others.” We have always carried this philosophy within us. Economically, we strive to break even and run a label with the same passion that many other things happen in our environment, such as a band, a show on free radio, events, etc. Interstellar Records evolved from the previous label Jurassic Punk Records [with Christian Reitmann, note] in 2001. With Interstellar, there were quickly three of us [together with Markus Merzinger and Aina Niemetz; note] and we were initially based in Linz.

D.I.Y. has become a staple of almost every sales strategy, not just the small hipster start-ups. On the Internet, you’re virtually obliged to D.I.Y. as a prosumer when generating content or at ticket machines, and then it’s your own fault if something goes wrong. To what extent has “D.I.Y.” changed as an ideology for you over the last 20 years?

Richie Herbst: We have always been D.I.Y. and still are, because the productions are cheaper. And also because doing it ourselves opens up a lot more possibilities. From the beginning we folded and packed ourselves, put up the posters ourselves, cooked at concerts, programmed the homepage ourselves, and so on. On the one hand, we worked that way because we could not afford it otherwise, or the effort to outsource it was too high.

So of course we produced more ecologically and used the local structures more. We still do it that way, only we don’t cut the shipping boxes ourselves anymore, we have become comfortable there. And yes, if D.I.Y. also means being the ones responsible for whatever happens, then very gladly, we like to learn with the process. If we were to just get a product ready-made from the pressing plant, I would really miss the active accompaniment or participation in some production steps, and thus the connection. On the other hand, it’s all fun and enjoyable. That should not be forgotten either. Above all, we try to keep as much independence and freedom of decision as possible with our D.I.Y. concept.

The last 20 years in particular have brought enormous upheavals. Especially music has become available everywhere at the same time through social media, streaming, Bandcamp, TikTok, Youtube, Spotify, but at the same time it has lost a lot of value because it’s “free”. How much is a label like Interstellar affected by such developments? On Spotify, it’s well known that the first 30 seconds decide whether you like or dislike something. Or does that not affect you at all?

Richie Herbst: Thank you for bringing that up. Exactly these 30 seconds are the problem, that’s why we refused to go down such paths for a long time. Many of Interstellar’s releases, especially those of the last 10 years, are concept albums. There is no so-called hit single. Very often it happens that these albums build up and only open up towards the end. Then 30 seconds of excerpt have little statement.

Another aspect is the terrible streaming sound quality. That’s why we don’t push streaming. You can listen to the album on Bandcamp, but to listen to it digitally you have to download it from our homepage, which also has the advantage that users have to open a file container. This may be a bit clumsy, but it also increases the chance that the album will be heard on a good monitor. We all put so much time, energy, attention and also money into the productions so that they sound good. Then, of course, we also want it to be perceived that way. A smartphone speaker can’t do that technically.

In principle, however, it is desirable to make content available to everyone and to offer them the opportunity to do so. Of course, the World Wide Web is a great way to do that. On the other hand, we’re a little bit behind on the whole thing now. We’ve already seen a few trends and attempts, which at some point also leads to frustration. Because, what is going on, is the fact that at some point such tools are no longer usable and the next new thing comes along. Maybe that’s also a mistake on our part. Bandcamp I already think is a good thing. I underestimated that at first. Myspace and Facebook were and are rather additions to our own internet presence, but nothing more.

Interstellar has always been a kind of network and hub for like-minded friends, which has led to releases. But how do you currently find acts? If I look at the current confusion on the net, also in terms of totally unconventional and wacky music, then I’m happy about it, but I would find making a selection more difficult than before. Are there already sonic overkills in the meantime?

Richie Herbst: Yes, there is definitely overkill. But we’re not looking for the acts. So far, every release has come about comprehensibly, because people we know and get to know are often musicians. And then there’s always this common point in time where everything converges and so a joint release comes about. So according to the motto, “Mach ma?”, “Mach ma!”.

MUSIC AS A MOUTHPIECE, UNPREDICTABLE AND THEREFORE ALSO ‘DANGEROUS’

The word “Interstellar” (and some other aspects) also refers to the cosmic free jazz of Afro-diasporic and Afro-futuristic character by Sun Ra. What connects you to this and what would you say in this context to current debates around “cultural appropriation” and the question of what distinguishes “appropriation” from “recognition”?

Richie Herbst: Initially, we were just science fiction fans, and that’s how we came across the term, which means something like between the fixed stars. This metaphor was – in addition to the sound of the word – decisive, even before we caught Sun Ra and Afro-Futurism and later dealt with it intensively. Sun Ra was certainly a big influence, especially in the last years.

We are also concerned with timelessness and the journey, which is also very important in Afro-Futurism. Interstellar is a struggle for independence in the face of increasingly dependent systems. Music as a mouthpiece, unpredictable and therefore also “dangerous”.

Are we still left with questions of the “political”? To what extent can music still take dissident positions here at all, which are then not immediately appropriated again anyway – e.g. by high culture? Or isn’t this more fundamentally about questions of production methods, distribution structures and everyday dealings with one another?

Richie Herbst: First and foremost, it’s about everyday interaction, about mutual respect for and with each other, about tolerance and curiosity, and about integrity. Unfortunately, appropriations work quite well. When I look at the Red Bull Music Academy, for example, some people have allowed themselves to be bought. I see such short-term and short-sighted – and privately financed – blinders as a danger, because it makes it easier and easier for the cultural state to withdraw or to promote only prestige projects. Music has always been a mouthpiece, and not being captivated, is the big challenge.

But the fact that Interstellar Records “only” has to cover production costs and hardly any infrastructure costs means that no one will successfully threaten us with money. The point is to make as few compromises as possible and to be able to say no sometimes. Personally, I also decide where I buy or consume music, which then also coincides with the places where I would like our products to be located.

An acoustic journey through your releases leaves the very likeable impression that you are dealing with a wild “motley crew”. How do you manage not to sound random in all this?

Richie Herbst: By releasing between 1 to 4 albums a year, we keep our attention up to date and keep a certain freshness for old and new fans. I have always found cross-genre more exciting and refreshing. By that I don’t mean the fine lines like Hardcore, Grindcore, Deathcore, Power Violence, etc., but, as in the case of Gigaldi’s new album, for example, where free jazz, post-rock and experimental lyricism have been transformed into something completely new.

You still release most of it on vinyl. Doesn’t that tend to be a kind of (nostalgic) lover’s niche or does the vinyl format mean more to you?

Richie Herbst: From the beginning, we always wanted to release premium releases and the format for that is definitely vinyl. From the sound to the covers, no other physical recording medium can do that, at least from our point of view.

How is Interstellar Records actually positioned internationally? Are there any distribution deals, etc.?

Richie Herbst: In the meantime, the international distribution structures have already collapsed a lot. The record stores sell a lot of known and less and less unknown. The unknown is us.

Quitting is not an option, because Interstellar also reflects an attitude.

You’ve been doing this for 20 years now. How do you keep it up? You probably don’t get rich doing it, and aspects like self-exploitation or “I have ‘symbolic/cultural capital’ for that” can definitely crush someone sometimes?

Richie Herbst: A lot has changed in the last 20 years, of course. But since we still work with such unbelievably great people, any thought of quitting has been swept away. Quitting is not an option, because Interstellar also reflects an attitude. Sure, it’s often very exhausting, but in the end, enthusiasm always wins. And this is an important part of our drive.

Is there any funding for your projects and releases?

Richie Herbst: Yes, for about 10 years we have been getting an annual small label grant from SKE and this year for the first time a grant from the city of Graz.

New releases are coming from STIRB and Didi Kern. What can we expect?

Richie Herbst: Vinyl! STIRB is the project of Viennese artist Arnulf Rödler. It is beautifully ambient with a clear noise aesthetic. Arnulf Rödler is also responsible for the artwork. In the 10-inch format, there is this mini album that is full of sound and graphic details. I’ve known Arnulf’s graphic work for a while, especially for the two labels Trost (Vienna) and Skin Graft (Chicago).

And Didi Kern has released quite a bit on Interstellar. Be it with Bulbul, Bulbultumido, broken.heart.collector, Kern / Quehenberger or together with Reflector. On the LP “elliptical overtone study & field recordings” Didi worked with his extensive (field) recordings archive and partly expanded it with his extraordinary drumming. We actually have only a handful of copies of this record left, from a great person and musician.

How do you see the future of Interstellar Records?

Richie Herbst: Hopefully genuinely landing somewhere between the fixed stars one day. But actually, we’ve been close there, the anecdote still is: I was part of a collective in Graz almost a decade ago, where we were just about to shoot a mini-satellite into space. We would have ordered it to send sounds down to earth (http://sat.mur.at/) and these should have been available on sound carriers. But as long as there are always such exciting projects, possibilities and people, Interstellar Records will continue to dedicate itself to its missions. There is no other way.

Translated by Arianna Fleur from the German original.