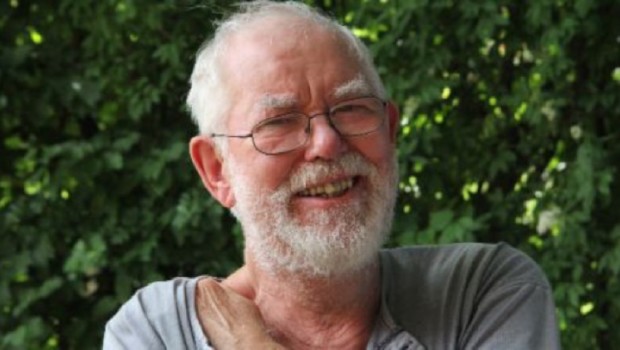 “Diary of a Terrorist” is the new stage production that Dieter Kaufmann recently finished. We are still awaiting the premiere, which, because of its subject matter, is likely to cause quite a sensation. Christian Heindl spoke to the composer about his work.

Dieter Kaufmann, you have given music friends a special gift for your 75th birthday and completed a new full length work. The title “Diary of a Terrorist” sounds spectacular and darkly current. How did you come to this subject?

Dieter Kaufmann: I have been playing organ in the evangelical church in Gnesau, in Gurktal for 60 years. The pastor there gave me a novel last year, “The Pale Horse” from Boris Savinkov, a translation from Alexander Nitzberg from 2015. That I came across it through the pastor is easy to explain since the book is full of biblical quotations.

Even if one has a certain knowledge of the events in Russia in the first quarter of the 20th century, it isn’t likely that one would be familiar with Savinkov. How authentic is the novel in regards to the Author?

Dieter Kaufmann: Boris Savinkov, the author of the book was also a perpetrator. He took part in 1904 in the murder of the czarist Interior Minister and then on further assassinations. In 1906 he was sentenced to death, but he escaped and in 1917 after his return became Assistant Secretary of War in the Karenski government. Later he took part in conspiracies against the Bolsheviks. He was arrested and died in 1925 after falling out of the fifth floor of the Lubyanka jail in Moscow.  Wether it was suicide or murder still isn’t clear. He called the book and autobiographical novel, and that is what gave me the idea to make “Diary of a Terrorist”, and I composed all 96 days.

The subject of terrorism is more current than ever. It’s obvious, but also risky to approach artistically because the question always arises in do what degree a musical work can mirror reality.  In that sense it seems like a mitigation of current events to use historical events as a template. Are there special moments in the book that were a decisive aspect for the score?

Dieter Kaufmann: There were three thoughts that drew me to it. One very prominent: killing as addiction. The underlying political necessity could be something different for everyone. Secondly I was fascinated by the religiosity of the terrorists, again and again quotes from the Book of Revelations. And finally, there was also the thought that killing is easier than love. The capability to love is extinguished by the successful killing.

That is one-to-one with the current form of terrorism

Dieter Kaufmann: Naturally. There are enough examples of perpetrators today who claim to be acting in the interest of religion.

One wouldn’t excuse the acts, but it sounds as though there is a certain understanding.

Dieter Kaufmann: One develops with this kind of interaction a certain understanding for people who act in this way. One sees that hate and love are complimentary.

Which line-up seemed adequate for the realisation?

Dieter Kaufmann: I have two operas with a large casting in front of me. I thought it was appropriate to choose minimal here: Speaker, vocal quintet, accordion and percussion. Then some electronic material. I thought mostly about Ingrun Fußenegger and the Arcantus-Ensemble.

How realistic is a performance? Are there already concrete plans?

Dieter Kaufmann: Concrete, not yet, but I have had a few constructive conversations, particularly with Bernhard Günther, the new “Wien Modern” boss. Ideal would be a concert performance in 2017 and a stage premier in 2018.

We have been speaking of Opera, but on the score it says Oratorio. What is it really?

Dieter Kaufmann: I was thinking that a concert performance should first take place as an oratorio. You can make a good recording of that, and that can then help to move a director to bring it to the stage. Then it would make sense after the concert performance to begin a dramaturgical adjustment for the stage production.

I have to come back to a very basic question that has been with me since I first heard about the project: Is terror, in all of it’s variations and forms, artistically feasible?

Dieter Kaufmann: That is a question. I think it gets down to the presentation of the individual. He has conversations with his coworkers, and these discussions serve as a reflection of his own doubts. The general thrust of these reflections are: “Jesus forgive me. I have the duty to kill, God will forgive me.”

Exactly this approach with a 1:1 realisation would be associated current terror threats and attacks?

Dieter Kaufmann: I find the approach current. But, I have to emphasise, there is no attack on Islam. Over the centuries many political atrocities were justified with religion.

Is there a kind of judgement of the main character through the way you have portrayed him?

Dieter Kaufmann: As a composer I write the emotional state. Everyone is free to make their own picture from that.

Now I will be classical. Are their traditional opera elements, elements that have become unique to this genre over the centuries?

Dieter Kaufmann: Yes, certainly, a love scene for example. I quote from “Eugen Onegin”  in order to approach the historical surroundings musically as well. There are also elements from my own works that I use as background stage music.

You have mentioned multiple references to religion. How is religion dealt with in the work, how will it be valued?

Dieter Kaufmann: The criticism comes from the character. My commentary as composer are hymns. That is not hidden by me at all.

So the music isn’t abstract, it is also illustrative?

Dieter Kaufmann: In a certain sense, yes. Perhaps I should add: musical theater is fundamental for my life. As a choir singer for the Wiener Staatsoper I have participated in everything- the Karajan era. And that included “Land des Lächelns” at the Seebühne Mörbisch!

After this passionate confession I think I already know the answer to my final question. Opera is not dead?

Dieter Kaufmann: Just the opposite!

Christian Heindl (adapted from the German by Dave Dempsey)