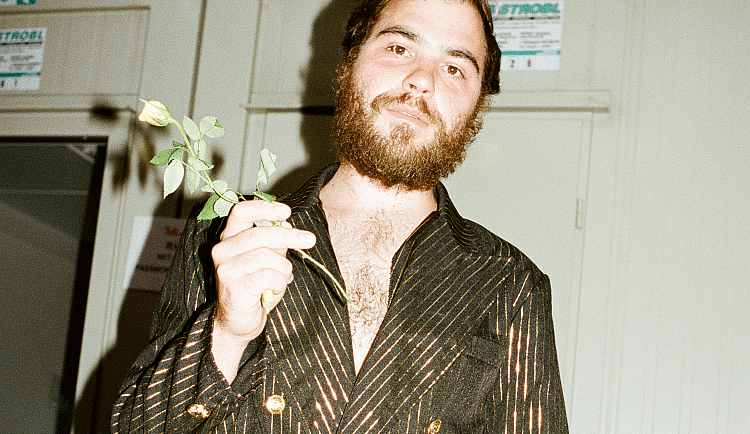 “Best of 28” is the title of the second official album release from KŒNIG. Why did the multi-instrumentalist choose the number 28? Because the nine tracks were based on 28 sketches that the artist has been working on during his first 28 years on earth. He published the best of those sketches on Laub Records.

Kœnig’s solo project (he is also a member of the Jazzwerkstatt collective Kompost 3) has turned away from classical jazz structures to concentrate more on rap, bass synthesizers, noise and choirs. His interest in working with drums and synthesizers and the genre mix of pop, hip hop, Gamelan and Gnawa has given him yet another chance to prove that his reputation for the fusion of different music styles and acoustic variety is well deserved.

The rap elements are already familiar from his other project koenigleopold with Leo Riegel and repeatedly emerge across the entire album. In an interview with mica – music austria Kœnig said that he developed his rap skills for a cooperation with Bilderbuch on their song Softdrink. Now, because of the countless recording sessions his voice is more raw and kaput.

He told the newspaper Falter that failure and new beginnings were a leitmotif on the album, but that it was also about the absurdity of current politics, the music business, and many other things that concern him. But he prefers to let the listener decide how to interpret his music.

THE COMBINATION OF DIVERSE MUSICAL STYLES

The exceptionally feverish opening track “Wood” opens up a soundscape on “Best of 28” that couldn’t be more diverse. In the somewhat more contemplative second song, Kœnig announces the “rain in different colours, which you have never seen” only to follow up with a snub for Top 40 fans in the form of his track “Stick Out Your”. The voice is blurred by a repetitive micro-acoustic and demands that the listener “Stick Out Your” ass. The album closes with an instrumental, “Seq” which takes the positively agitated listen back to a state of static stillness.

The nine tracks from the postdigital age aren’t just available to download, but are also available on CD and vinyl. The vinyl is truly a piece of art, because it is a stereogram from the artist and graphic designer KAZ. Fans of Kœnig know that his whimsical live performances can be just as engaging as irritating and are bound to neon colours and black lights. Anyone who wants to experience this synthesis of experimental yet danceable music can do so on his upcoming release tour for “Best of 28”.

Julia Philomena (adapted from the German by Dave Dempsey)