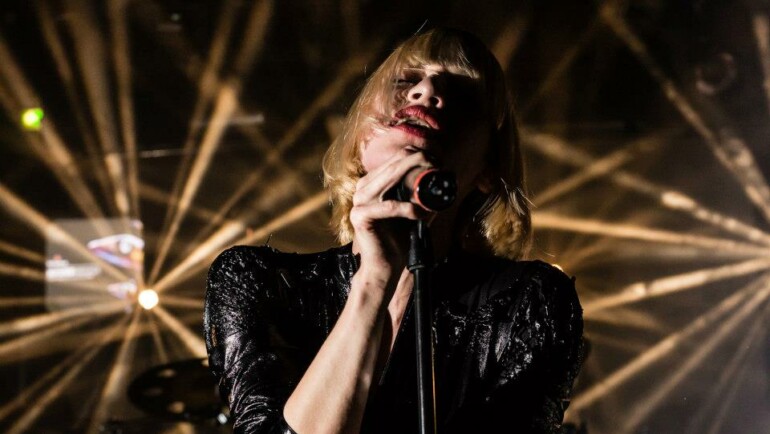 They say that time flies when you’re having fun, and time has definitely flown by since the recent edition of Waves Vienna Music Festival & Conference took place here in Vienna in October. In retrospect, even though the festival is still quite young in age, it has grown overall – there were significantly more music fans visiting the many concerts, almost a third more international delegates traveled to the conference in Vienna, and a far more extensive music program provided

the opportunity to discover numerous new and exciting acts. To top all that, the Waves Vienna Festival has made it to the final shortlists of the European Festival Awards in the category ‘Best Indoor Festival’. The winners will be announced at the Festival Awards gala ceremony on the opening night of the Eurosonic Nooderslag in Groningen – reason enough to keep our fingers crossed on January 9th 2013!

Back to this year’s festival: In hindsight it is safe to say that the high expectations laid upon the second festival were not only met, they were exceeded. Compared to last year, not only did the number of delegates from 30 different countries increase, but also the rush of music fans. 10,800

counted visitors in the various locations of Vienna’s 2nd district enjoyed the varied and exciting musical ongoings of 139 bands and DJs from almost all parts of the world. True to the objective of fostering and supporting the local music scene, a large portion of the overall program consisted of promising Austrian music acts.  Also prominently represented with the overarching motto of the Waves Vienna Festival “East Meets West” were bands and musicians from Eastern European countries, with a total of 23 representatives, including 9 from the festival’s guest country Poland.

A major part and highlight of the festival was the music conference curated by Franz Hergovich (mica – music austria, Austrian Music Export), which offered panels, workshops and discussions, and gave participants the rare opportunity to meet and exchange with important international multipliers of the music industry, such as festival and concert organizers, labels and publishers, managers and media representatives. This wish, as festival director Thomas Heher once expressed in a mica interview that “local musicians really take advantage of this opportunity”, may have been granted.

Perhaps the most important lesson learned during this four-day festival is that Waves Vienna serves as an ever growing important network hub for the Eastern and Western European music scene. People in the industry, as well as music fans, have come to realize what a truly exciting and meaningful mission Thomas Heher and his team have accomplished – a mission that valorizes Austria on the music map and further enhances it with additional facets.

Just to give a few options how to bridge the time until the next Waves Vienna Music Festival & Conference takes place here in Vienna in 2013, you can:

Until then, have fun to make the time go by faster and see you here in Vienna at the new and refined Waves Vienna Music Festival & Conference 2013!