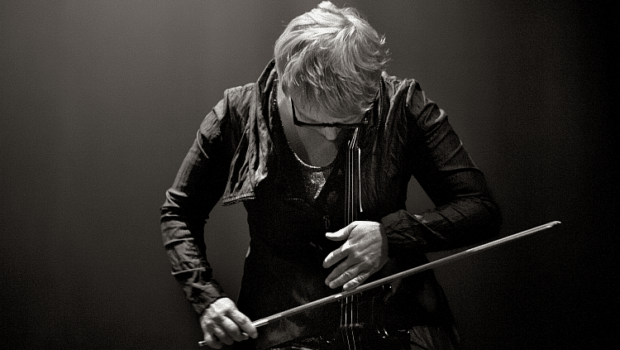 A sound that, due to its unconventional character, is truly out of the ordinary: with her new album “Cellular Resonance” MIA ZABELKA has once again proven it is possible to consistently rise above the musical norm.

It isn’t really easy to pin this artist down musically. Mia Zabelka has always gone her own way. Over the years she has developed her own musical language, one in which her sound rises above any particular musical style. The result is a multifaceted musical form well beyond the norm.

The adventuresome avant-garde violinist, composer, and sound artist loves the unconventional. She is always on the hunt for the extraordinary and strives to surprise her audience. Something she has handily achieved with her new release, blurring musical boundaries in the process.

On “Celluar Resonance” Mia Zabelka dives into the world of noise, giving that world an entirely new form in the process. There is a deeply musical structure beneath the surface of overdriven distortion, hints of melodies and dense sound-walls. Repetitive patterns fold into wild improvisations creating mysterious oscillations that almost hypnotically draw the listener into their depths. This violinist has created a mystical musical drama in which the stage is set by the constant variation between powerful, roiling, soundscapes and absolute minimalism.

The music created by Mia Zabelka on “Cellular Resonance” develops an incredibly dense atmosphere that unfolds into an almost futuristic acoustic state. The result is a piece of music that the listener must work through and absorb. Those willing to take on the task however, and can lay aside their expectations and allow the spectacle to reveal itself, will be rewarded with a truly exceptional listening experience.

Michael Ternai (translated from the German by Dave Dempsey)