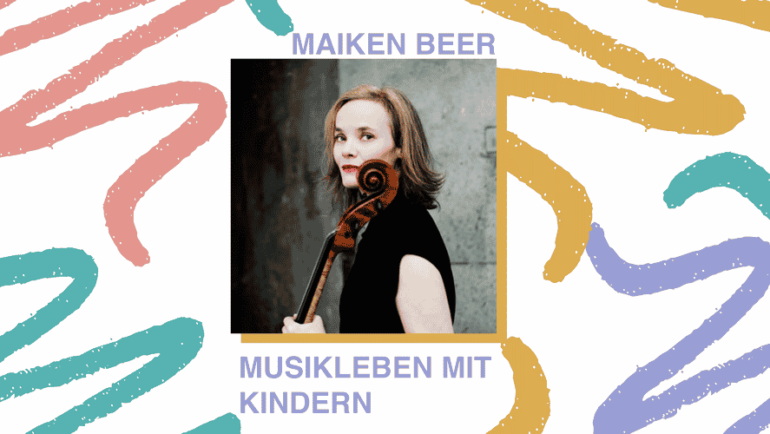 In the series “Music Life with Kids”, mica – music austria and Austrian Music Export explore the question of how professional musicians fare once they have children. In the first part of the series, MAIKEN BEER (Studio Dan, Fraufeld, Black Page Orchestra) gives us an insight into her everyday and long-term work life with children: What realities and challenges do musicians with children face and (how) can they reconcile their professional and family lives? Where is there need for improvement?

Maiken Beer: First of all, thanks to you for bringing up this very important topic.

What has changed for you since you became a parent?

Maiken Beer: As we all know, first, everything changes. It challenges us to become very efficient with our (remaining) available time, next to parenthood. Efficiency has its advantages, of course, but it also leads to a very busy lifestyle. For a few years, all it meant to me was switching between work and childcare. There’s also the issue of lack of sleep. And there were simply too few free resources to provide the necessary balance. But our profession demands a lot from body and mind. Therefore, in order to stay healthy and creative, one would have to be able to take better care of oneself during these years, as well, otherwise one easily slips into an inanimate functioning machine. Apart from the fact that the creative output suffers from it, I must also honestly say at this point that many a physical complaint and general exhaustion were also the consequence of these first intensive years of parenthood.

Are mothers treated differently from fathers in the music scene?

Maiken Beer: Yes. I sometimes had the feeling that there was a lack of understanding for an active father role, especially among male colleagues. That annoyed me! We are both musicians! As if it was the woman’s job to step in when the children are sick, for example. There’s still a lot to be improved, in some people’s minds.

On tour with (small) children? In the evening at the concert and child care? Which networks do musicians use?

Maiken Beer: I only had private resources. So grandma, babysitter and, in rare cases, friends. I don’t know of any others.

“I don’t think we should perpetuate this image that career and children can be effortlessly combined – ‘the compatibility lie’, so to speak.”

What would you like to see from organizers and where do you think something urgently needs to change?

Maiken Beer: I think better fees (fortunately things are moving in the right direction in this respect) lead to people being able to afford childcare at all. Back then, I sometimes got 30 euros for a rehearsal and had to pay the babysitter 10 euros an hour. So I came out of it sometimes with zero, or other times in the negatives. I did it anyway because I wanted to do my job. But a babysitter for a few free hours just for me was simply not in the cards. I think it would be very worthwhile to think about alternative concepts here. Unfortunately, when you’re in the middle of it, you don’t have the energy to do that contemplating.

Is there a general need for more sensitivity in the scene? What is missing? Are special needs being addressed?

Maiken Beer: Yes, it does. I don’t think we should perpetuate this image that career and children can be effortlessly combined – ‘the compatibility lie’, so to speak. It puts enormous pressure on people. The right way is to admit that it would be better for all of us to have more help. Aside from some individual colleagues, I have not seen my or our special needs being addressed.

Times have changed, social media serves the personal life as well as the professional environment. How do you deal with this in terms of your dual role as a parent and a musician?

Maiken Beer: I myself am not on social media at all. Of course, as a mother, I have to deal with this topic.