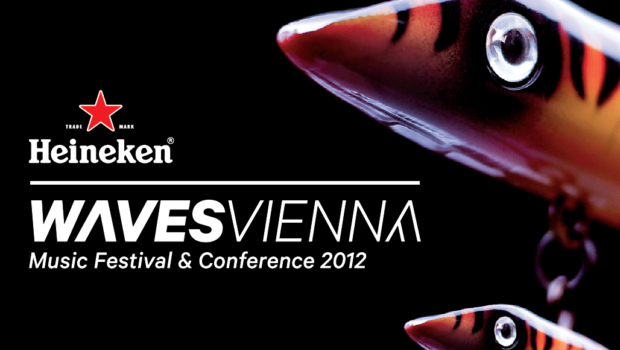 After the successful launch in 2011, the club and showcase festival Waves Vienna will be entering its second round this fall from the 4th – 7th of October 2012. To enhance the anticipation, the festival director Thomas Heher and Austrian Music Exporteur Franz Hergovich revealed the very extensive program of the four-day spectacle during a press conference last week. In the spirit of last year’s intention to bring the different music scenes of Eastern and Western Europe closer together and to strengthen respective networks, this year’s festival will set the focus on the countries France and Poland. This is not only reflected in the music program with a dozen of acts from each of the two countries, but also in the agenda-setting of the conference.

Musically, the festival once again presents itself from an immensely multi-faceted side. With the overarching theme “East meets West”, music fans will yet again be given the opportunity to discover many new and exciting acts in the fields of electronic, pop and rock music. Up to this point 90 acts have been confirmed that will perform on the twelve stages along the Danube Canal and the Vienna Prater Street in the 2nd Viennese district. Included in the line-up are many familiar names such as Dillon (DE), Tu Fawning (U.S.), The Wave Pictures (UK), Housse de Racket (FR), Botibol (FR), Juveniles (FR), Ghostpoet (UK), SLG ( PL), Brandt Brauer Frick (DE) and Kamp! (PL). The local music scene is also prominently represented with bands and artists such as Violetta Parisini, Eloui, Luise Pop, Mile Me Deaf, Bernhard Fleischmann, Mopedrock, Bunny Lake and many others.

However, the Waves Vienna festival is not only about musical entertainment. A large and important part of the festival is the two-day conference (4th and 5th of October) with many international facilitators from the music industry, theaters and concert organizers, labels and publishers, as well as managers and media representatives, invited as part of panels, workshops and keynote speeches to discuss current relevant agendas in the music business. This year’s conference will cover topics such as fair compensation through streaming services, new ticketing models, DIY labels, copyright and more. The music scenes of the two guest countries France and Poland will also be examined in detail. As in the past year, the conference will also incude many interesting and useful workshops for local musical artists.

All in all the festival organizers have once again succeeded in setting up a truly first-class musical event, which impresses with a top notch line-up and will surely fit everybody’s musical desires.
Michael Ternai
(translated from German)