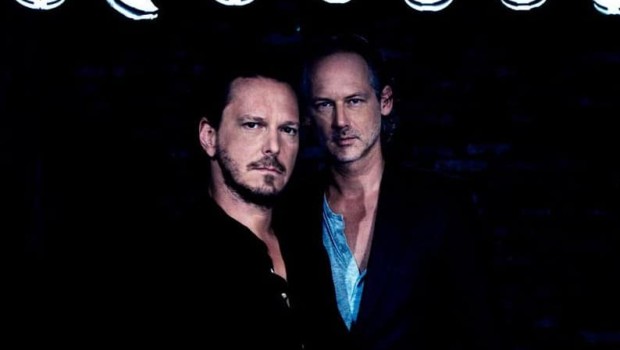 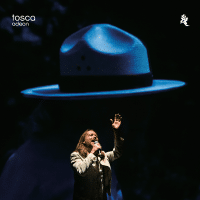 If geography has an impact on music, then Vienna has coloured Tosca’s music at every turn. Over the course of a career spanning two decades, the Austrian capital has inspired Richard Dorfmeister (of Kruder & Dorfmeister fame) and Rupert Huber to make electronic mood pieces coloured with Mitteleuropean melancholy. “There’s a feeling in Vienna that is very special,” explains Dorfmeister. “For example, today it’s a very foggy day, which is typical for this city. It’s grey a lot of the time. But there’s something exciting and inspiring about it as well, something very colourful. That contrast has definitely had an effect on our music. You know, a mixture of a downtempo vibe with something that is very positive.”

It’s a bittersweet juxtaposition that is much in evidence on the pair’s new album, ‘Odeon’. It opens with the hazy strings of ‘Zur Guten’, which ebbs into the oozing keys and pizzicato steel string guitars of ‘What If’, which features a smokey vocal from Sarah Carlier. Lead single ‘Jayjay’ is a haunted combination of sombre piano chords, rolling drums and weird, otherworldly vocals from JJ Jones. It’s the pivotal track on a record that sees Tosca tapping into gothic atmospheres. It’s darker than their previous five albums, more downbeat, at times ambient. It’s unlike anything else out there at the moment. Listening to a track like ‘Meixner’ you have to go back to the ’80s and ‘The The’ for a reference point. It’s truly peerless stuff. 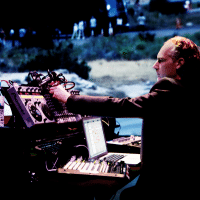 “We’ve always had a darker, ambient side,” says Dorfmeister. “But we really wanted to emphasise that aspect of music with this record. That’s where our hearts are at the moment, just keeping the whole vibe low and understated.” Huber takes up the thread. “The album is definitely a little darker than anything we’ve done before. It’s mainly male vocalists. There are the moodier ambient tracks and then some songs with downbeat bluesy feel.” Is there a reason for this sombre tone? Nothing specific. “Obviously our music is influenced by our experiences of life — it couldn’t be any other way — so in some senses it’s a kind of diary, but there weren’t any single incidents that caused the record to be that little bit darker,” says Dorfmeister. If anything, the exact opposite is true: life has been good. “Over the last year I think we’ve both learnt to be more generous and to understand our own limitations and other people’s” says Huber. A case of musical yin and personal yang, then.

It’s a very personal record in another sense, too. In the digital age it’s normal for artists to collaborate remotely via file-sharing, but that’s not the case here. Tosca know all the vocalists personally and their performances were face-to-face. “It was a little bit more organic,” says Huber. “We’re not fans of approaching big stars, we prefer to work with people in our scene, people we know. We just find that it means you get more of a vibe going.” 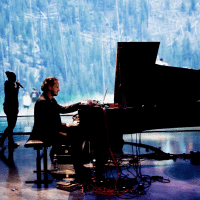 The album’s name, meanwhile, comes from the venue in Vienna where Tosca debuted the new material in October. The performance went so well they decided it would make a fortuitous name — the music/place interface in action once again. The performance features as a bonus disc on the deluxe version of the album that will be available exclusively via the !K7 webstore. “In a way, live is the way the music is supposed to be,” explains Dorfmeister. “There’s a dreaminess to the way the tracks flow together. It becomes this evolving kind of story instead of separate tracks.”

More than anything, ‘Odeon’ is the sound of a band at the top of their game, still relevant after two decades. They were key players in the late ’90s Leftfield/downtempo scene, but they’ve never really gone out of fashion. Dorfmeister reflects on the band’s history. “It sounds like a cliche, but we’ve never really thought about other people’s music when we’re writing our own,” he says. “We try and create our own sound. We really have always been like that. And I think we’ve developed a trademark sound because of that.”

They certainly have. It’s been called ‘the Vienna sound’. And, in updated form, it still sounds like nothing else.

2012 marks the 27th anniversary of !K7 Records. The label will be celebrating with a series of live events, releases, and special projects incorporating music and artists from past, present and future of the label, and the DJ-Kicks series.