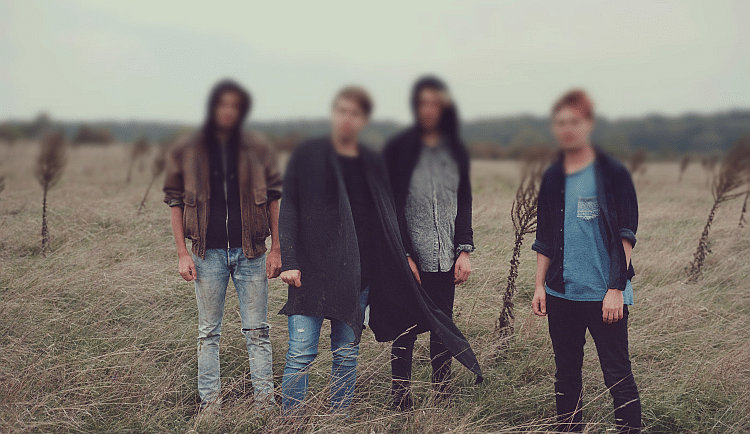 PHILIPP SZALAY and his band FAREWELL DEAR GHOST are working on the next great indie-pop thing. But in the case of this band from Styria they are doing it without any apparent cockiness, instead choosing a rather unpretentious form. A form that, based on the success FAREWELL DEAR GHOST has had recently, has a lot of fans.

There is nothing wrong with musical pathos. Especially when it is combined with musical talent. Philipp Szalay – founder and leader of Farewell Dear Ghost – is not afraid of big feelings or big gestures. And he incorporates them into his music in a very striking way. But he isn’t really the type to go for the spectacular or glittery stage show. He is actually a very humble, almost shy artist. And that might just be exactly where the secret to Farewell Dear Ghost lies. Because Szalay seems to be authentic, believable and anything other than shallow when he is singing about subjects like love, pain, loss, desire or hope.

The singer songwriter from Graz began Farewell Dear Ghost as a solo project with the sensational debut album “We Colour The Night“ in 2013. That was followed by the 2016 EP release “Skin“, both released via ink Music. A release that saw the project develop into a four man band with the addition of Andreas Födinger, Alex Hackl and Philipp Prückl. It is only understandable that the lineup change resulted in a change in the sound. Farewell Dear Ghost songs now sound broader, more layered, and more diverse than they did a few years ago. A logical development as Philipp Szalay explained: “Stagnation is abhorrent to us. The experiences that you make, the things that you experience. That has an impact. Not just as a person, but also as a musician. Change is an absolutely natural process.”

ARTISTICALLY PERFORMED INDIE-POP WITH A HINT OF DREAMY MELANCHOLY

The post-rock tinged indie-pop that Philipp and his band makes is one that vibrates with melancholy, depth and dreaminess. But at the same time it can be optimistic, and doesn’t get lost in lamentations or pessimism. According to Philipp Szalay, “Our music is a symbol of the vibrancy and intensity of life. We aren’t just gloomy, but we aren’t just cheerful either. There is a certain melancholy that emerges because we are reflective people.

We can can party and then feel terrible the next day and get the blues. For us it is important to feel something. Everything intense. No compromises. That’s how life is.”

In the meantime, Farewell Dear Ghost has made a name for themselves outside of Austria as well. They are, and have been, travelling a lot. They have toured through Germany, Italy, Croatia and Switzerland. In the middle of 2015 they successfully toured China for a week, and immediately followed that supporting the US band Nada Surf on their European tour. When asked to explain his love of touring the band leader answered: “We are excited to play concerts and travel. What could be better than visiting foreign countries, playing music and having a damn good time with your best friends?”

Right now Farewell Dear Ghost are working on album number two. This should be coming out in 2017. The next big career move for the band will take place this coming January. Philipp Szalay, Andreas Födinger, Alex Hackl and Philipp Prückl have been invited to Groningen to play at the showcase-festival Eurosonic Noorderslag. A perfect chance to present themselves to an international audience.