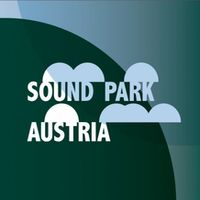 For the first time Sound Park Austria explores the genre of Folk music and how it fits into our contemporary cultural landscape.  Austrians Ángela Tröndle and Sophie Abraham perform together as ‘The little band from Gingerland’. As singer-songwriters they experiment with their voices and a variety of instruments. Their first album, a mixture of original songs as well as settings of several poems, was described as versatile and humorous. Their performances seek to take the audience on a musical journey through many sounds and styles.

‘The little band from Gingerland’ will be joined by UK-based trio ‘Cevanne, George & Ben’, who usually perform as part of a larger group known as ‘The Big Ears Band’. Cevanne, who sings and plays the harp, describes her performance as ‘jumping around like a lunatic and sticking weird things on my harp to make interesting rattling noises’. Their performances are unpredictable and colourful and experiment with various musical traditions inspired by the music of Armenia and the British Isles.
This is a unique opportunity to hear two dynamic and playful groups who bring their own style of global folk-lyric music to the Forge.