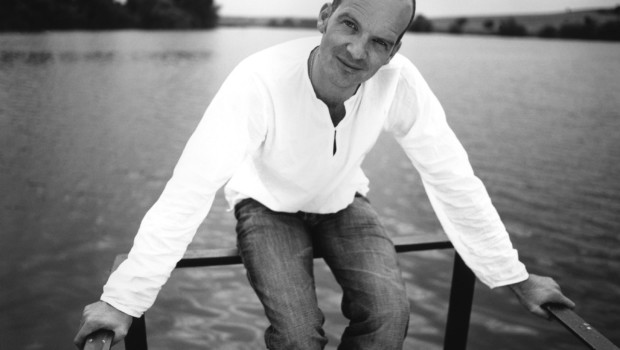 In the attempt to summarize the musical oeuvre of the internationally acclaimed and respected Austrian jazz guitarist Wolfgang Muthspiel in a few words, the appropriate vocabulary would most likely include terms such as “versatile”, “innovative” and “virtuosic”. Wolfgang Muthspiel is a musician who thrives in exploring new musical boundaries. For him, musical borders are there to be exceeded. No matter in what formation or context, the Styrian musician, born in 1965, always manages to create a highly individual musical language with his distinctive, stylistically extremely complex performance, which aligns technical brilliance and complexity with profound musical elegance.

Instead of clinging to traditional jazz standards, the award-winning guitarist and composer (among many other awards, he won the 1997 Hans Koller Award for Musician of the Year and was chosen as the European Jazz Musician of the Year in 2003), rather understands music as a broad field for artistic process and not as a system subdivided into individual segments. Above all, it is his openness to new things, experimentation, and the tremendous complexity, which characterizes the cross-genre work of Wolfgang Muthspiel. A glance at his many projects opens up an enormously wide range of styles and modes of performance. There are not that many musicians of his kind, who are able to master the art of strolling through various musical worlds with such spectacular ease.

The wide musical spectrum of Wolfgang Muthspiel, who has been teaching as a visiting professor at the University of Basel since 2005, shows in his various projects, such as the duo “Friendly Travelers” with the American drummer Brian Blade, the Muthspiel quartet with the Swiss pianist Jean-Paul Brodbeck, the guitar trio MGT with the Australian Slava Grioryan and the American Ralph Towner “drum free”, with the two Americans, Larry Grenadier and Chris Cheek, as well as his ever-evolving solo performances with different guitars and loops.

As the son of a choir conductor, Wolfgang Muthspiel’s feeling and understanding of music was more or less endowed at birth. With six years he began to learn violin and guitar at the age of 15. The enthusiasm for the free interplay that characterizes his work today was early ignited and brought him to the Academy of Music and Dramatic Arts in Graz, where he studied classical guitar as well as jazz guitar. In 1986, the native Styrian went to Boston in the United States to refine his skills at the New England Conservatory with Mick Goodrick and David Leisner. After graduating, the path led him further to the internationally renowned Berklee College of Music, where he completed his studies in 1989 with “Magna Cum Laude”. There he also met the American jazz vibraphonist Gary Burton, who, impressed by the extraordinary skills of the Styrian, persuaded him to join his quintet as a guitarist.

From an artistic point of view, Wolfgang Muthspiel had a very fruitful and busy time in New York from 1995 to 2002. In the seven years he spent in the American metropolis, the guitarist collaborated in different projects with many internationally renowned artists such as Trilok Gurtu, Dhafer Youssef, Youssou N’Dour, Maria Joao, Dave Liebman, Peter Erskine, Paul Motian Marc Johnson, Bob Berg, Gary Peacock, Don Alias, Larry Grenadier, John Patitucci, Dieter Ilg, among many others. In New York he also got acquainted with the talented Norwegian singer Rebekka Bakken, with whom he recorded the album “Daily Mirror” in 2000. The release of the album was also starting point of his own label “Material Records”, which has not only released his own projects, but also many albums by other artists of jazz and classical genres.

In 2002 Wolfgang Muthspiel returned to Austria to not only continue his work as a musician, but also to prove his compositional skills and his love of contemporary music, which shows in his compositions for the Ensemble for New Music/Zurich, the Klangforum, the Boston Ensemble Marimolin and the Austrian Ministry of Arts and Culture.

In simple terms, it is the variety of talents, which have made Muthspiel one of the greatest musicians of the country. No matter whether as a solo artist, as a member of a formation or as a composer, Wolfgang Muthspiel presents himself as an artist who is often one step ahead of his time. With the ability to consistently reinvent his music, we may assume that we will hear many exciting new sound creations from him in the future.
Wolfgang Muthspiel (Material Records)