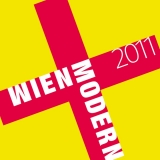 Starting today, Vienna will once again be the centre of contemporary music from the 28th of October to the 25th of November 2011. This year’s WIEN MODERN festival will feature the Austrian composers Friedrich Cerha, Wolfgang Mitterer and Gerald Resch and also set a focal point on British contemporary music under the title “UK Collection”.

Over the next four weeks, the WIEN MODERN festival will span an arch of the latest contemporary music developments across 14 different venues around the city. Austria and Britain are the focus of this year’s festival, which will not only explore the differences, but also the similarities in the musical developments of both countries and their composers. Austria’s “grand seigneur” Friedrich Cerha and his Opus Magnum “Spiegel I-VII” will kick off the proceedings on the 28th of October in a performance by the Vienna Radio Symphony Orchestra with conductor Cornelius Meister. This will be juxtaposed by a composition from Britain’s Sir Harrison Birtwistle. The young critically acclaimed British composer Emily Howard will provide an introduction to the United Kingdom’s new generation of musicians. The festival will also introduce further British compositions by Peter Maxwell Davies, Brian Ferneyhough, Jonathan Harvey, James Clarke, James Dillon, Rebecca Saunders, Luke Bedford, George Benjamin and Francis Burt. The Austrian composers Georg Friedrich Haas, Bernhard Lang, Peter Ablinger, Johannes Maria Staud and Gerd Kühr will show the musical developments in Austria. In collaboration with PhonoFemme and the Vienna Brunnenpassage, the festival WIEN MODERN will offer an international platform for intermedial and contemporary sound art by women under the title “Klangspiel: London/Wien”.

Another focus of the festival is dedicated to Wolfgang Mitterer, who will present three world premieres. His most recent work for stage, the comic opera “Baron Münchausen”,  will be  performed in cooperation with the Rabenhof Theater. In the large hall of the Vienna Konzerthaus, Mitterer will present his “free radio for solo organ and electronics”, and perform with the baritone Georg Nigl and trombonist Walter Voglmayr at the Casino Baumgarten. Gerald Resch is the winner of this year’s Erste Bank composition commission. His composition will be presented within the seven-part dramatic opening concert of “Oskar Serti goes to a concert. Why?”, which will be combined with a vernissage and take place in the Vienna Konzerthaus. Further highlights of the festival are four “Nocturni” evenings by Marino Formenti, reflecting on previous concerts in nightly sessions, scenic projects “Tableaux Vivants” by Anne Juren, Roland Rauschmeier and Johannes Maria Staud, in cooperation with the Tanzquartier Vienna, as well as “Maschinenhalle #1” by Christine Gaigg, Bernhard Lang, Winfried Ritsch and Philip Harnouncourt. The world premiere of “Momo” marks the first-ever co-production between WIEN MODERN and the Dschungel Wien. For the festival finale on 25th of November, the Vienna Philharmonic will perform the world premiere of Friedrich Cerha’s “Concerto for Percussion and Orchestra”, with the conductor Peter Eötvös and Salzburg’s multi-percussionist Martin Grubinger.

WIEN MODERN Transfer’s main aim is the mediation and communication of contemporary music. Over the entire period of the festival, the venue Café Heumarkt will act as a meeting point for festival visitors, offering workshops, panels, symposia, as well as the successfull music discussion series “WIEN MODERN: Im Gespräch” with Lothar Knessl.

Under the artistic direction of Matthias Lošek, the festival is organized by the association WIEN MODERN in close cooperation with the Vienna Konzerthaus and the Gesellschaft der Musikfreunde (Society of Music Lovers) in Vienna. WIEN MODERN is supported by the Cultural Department of the City of Vienna and the Federal Ministry for Education, Arts and Culture. Longtime festival sponsors are the Kapsch AG and the Erste Bank.